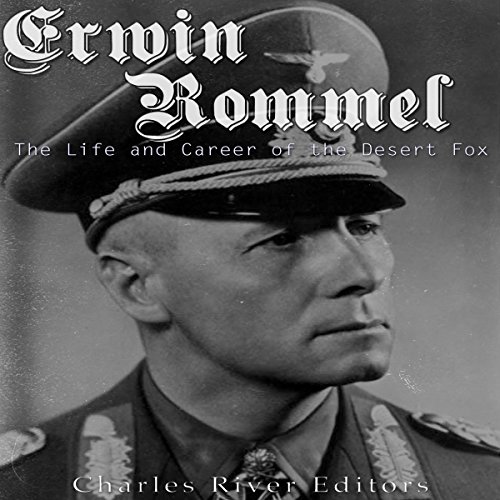 One of his biographers called him "a complex man: a born leader, a brilliant soldier, a devoted husband, a proud father; intelligent, instinctive, brave, compassionate, vain, egotistical, and arrogant." As that description suggests, every account of Erwin Rommel's life must address what appears to be its inherent contradictions. Fittingly, and in the same vein, he remains one of the best remembered generals of World War II and history at large, despite the fact he was on the losing side, and he was defeated at the most famous battle of his career, the decisive Battle of El Alamein.

Nonetheless, the Desert Fox has been a legend on both sides of the Atlantic for over 70 years, thanks to the crucial role he played in history's deadliest conflict. Before his legendary encounters against the British and Americans in North Africa, Rommel gained much fame for his role in the invasions of Poland and France before was sent to North Africa in February 1941. In describing Rommel, the Italian officer Alessandro Predieri talked about his "two very rare and precious gifts". "The first is luck, which you will remember, Napoleon prescribed to his generals...the second gift is that of being able to keep his bearings in the midst of all the confusion of modern desert warfare. His instinct tells him immediately where a difficult situation is going to develop, and off he goes with his Kampfstaffel [Headquarters Group], which he treats like a Praetorian Guard, and puts things right, charging around like a junior officer."

With the Axis forces trying to push through Egypt towards the Suez Canal and the British Mandate of Palestine, American forces landed to their west in North Africa, which ultimately compelled Rommel to try to break through before the Allies could build up and overwhelm them with superior numbers. The Second Battle of El Alamein was a turning point in the two-year conflict between Allied forces and a combined German-Italian force in North Africa. While the scale of the battle paled in comparison to the battles of the Eastern Front, where the majority of German troops were concentrated, it still marked an important victory in World War II, especially from the British perspective.

After leaving North Africa, Rommel spent much of the later part of the war strengthening German defenses across the Atlantic in anticipation of an amphibious Allied landing, which would come in June 1944. But the murky role he played in the notorious July 20 plot on Adolf Hitler's life in 1944, the closest an assassination attempt got to killing the Nazi Führer, would bring about the Desert Fox's untimely demise in October 1944, even as the Soviets and Western Allies were tightening the vise on Germany. Compelled to take cyanide by authorities, the Desert Fox insisted he was innocent until his dying day, and his popularity forced the Nazi government to claim his death was brought about by a heart attack or a cerebral embolism. In fact, Rommel was given an official state funeral, and Winston Churchill would go on to praise him, "He also deserves our respect because, although a loyal German soldier, he came to hate Hitler and all his works, and took part in the conspiracy to rescue Germany by displacing the maniac and tyrant. For this, he paid the forfeit of his life."

What listeners say about Erwin Rommel

This is a good recap of the famous German generals life. If you are a big fan of WWII history you will probably not learn anything new from this book but I still found it an enjoyable two hours of listening.

This book is more geared to a person just starting to learn about the Second World War and is a good brief history of the Desert Fox.

The reader did a good job and kept me interested even though I have proficient knowledge of Rommel.

The whole book is: Rommel was born, joined military, and then died! details are scant, and one gets no sense of the man, and his life. There is nothing here that one doesn't get from history books on WW II. And the icing on the cake is the narrator. He is horrendous! His monotone is dreadful, and he doesn't even pause at the end of sentences. I found myself not listening to the book, but rather trying to see if I could guess where one sentence ended and another began. Don't waste your money, skip this one.

I struggled to get to the content of this book because the narrator is so poor. He sounds like a computer, which has a soporific effect.

A passable overview of the life and leadership of Erwin Rommel. However the delivery of the narration is entirely monotonous and ignores all punctuation. I had to. Heck several times that it had not been narrated by a text to voice programme, which made it very difficult listening.