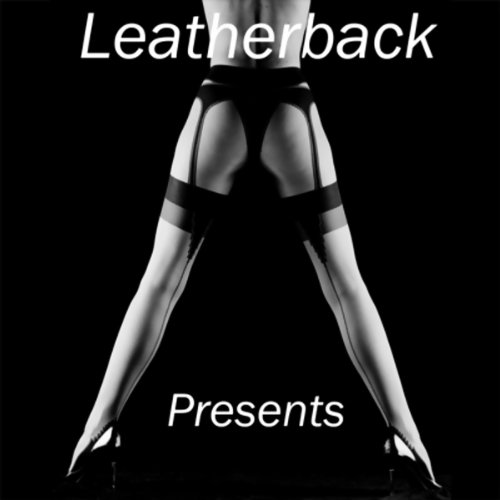 Shortlisted for Audible's Listen of the Year, 2006.

The Kimono
Nicky, and her husband Simon, had spoken on many occasions about each other's fantasies. Most of them involved just the two of them, but there were a few which were a little more adventurous. They booked themselves into a hotel room and sent Simon out to find two girls to join them.

The Hotel Room
Having been caught on the beach, they ran inside the nearest bar where they met a beautiful couple who liked to do more than share stories. Tied to the chair in the middle of the hotel room, she enjoyed all three of them. Ending on the bed for group sex, both girls were given a wild time.

Club Erotica
Nick's brother had recommended a club in Soho, saying he and Emma would have never seen anything like it. In order to gain entry, Emma had to gain the secret camera's approval. Once inside, the club was filled with hundreds of beautiful people, with slave men and women serving them. Having been tied and whipped, Emma was brought to Nick...

Birthday Surprise
For her birthday he promised her a day she wouldn't forget. With a champagne dinner, dancing, and a hot bath, she thought he'd given her everything. However, there was one more present that she was to receive. Blindfolded, he introduced her to a whole new experience!

For Adults Only: Explicit language. Must be 18 years of age to purchase.

Love the sensual words and discrete way this book is presented.

Wow what a fantastic mind this writer has.

My wife has little to no interest in Pornography, but this audio erotica is the perfect answer. Is it wild, sexy, and very filthy. I would recommend it to anyone to listen to alone, or with their partners!!

Just wanted to say......loved it. Very sexual, arousing, and yet using quality erotica rather than resorting to 'foul language' which is so often done.
10 out of 10 in my eyes, and my wife's too! When's the next one coming out?

I totally enjoyed the audio book, it was tastefully written and read without being vulgar and dirty! I read all the past reviews and was surprised at Beryl's review. It all depends on each individuals expectations and for me mine were fully met. I only listen to one short story a week or I get too excited for the other half to handle. Livened up our dormant sex life!

I think I have actually had this dream, but mine wasn't as sexy. You have taken a fantasy of mine and done wonders with it. Please tell me you are going to write more like this. Please do!

This was a gift to me by my husband... and wow what a gift. It was a complete surprise and I was shocked at first, but it ended up being a really amusing gift. It is well written, and well read, and so we are already looking out for the next batch...

Loved the surprise ...... I only wish my husband would do that for me. This is much better than any other erotica I have read, so please keep it coming guys. xx

This selection of short stories is dull, derivative and unoriginal. Each is virtually a cliched parody - not even a tiny spark of free thinking seems possible.

Every story uses the same, dull, uninventive formula - with a lamentable lack of vocabulary.

It's hardly a suprise that they are 'unabridged' - since each story is so short that it's hard to see what could be cut out.

Sadly, their inclusion on the site suggests both a cynical attempt to make money, combined with a complete lack of backbone to publish more challenging material.

If this is the best the site feels comfortable with, I suggest they dump the entire section and focus their efforts in other directions.

As commented elsewhere each story is a little short, but each had something to offer, albeit The French Teacher was probably a little too far fetched! My favourite was The Birthday Surprise. Well read, the narrator had a sexy soft voice which added enjoyment to the "listen". Worth a listen either alone or cuddled up to a significant other!

Fantastic. Quality writing with a sexy voice......just what you need to help set the mood.
I look forward to the next publication.

Unfortunately, this book is poorly read.

The speaker seems to take NO pauses at all. It's almost like the gap between sentences was cut out. It makes it much too difficult to enjoy :-(