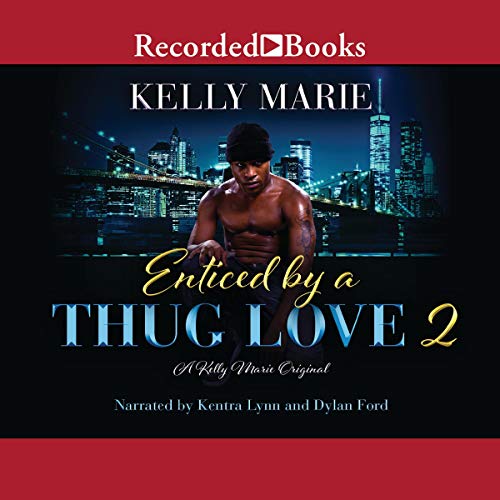 Enticed by a Thug Love 2

Bombs have been dropped, and lines have been crossed, but that was just the beginning! Guns has put his loyalty into a woman, and that’s made him go against his family, but will it all end how he wants it to? Who is his love, and is she really loyal to him or herself?

Just as Dior and Jashawn finally find their happiness, it’s snatched away when they find out that their paths crossed long before they met. The couple find themselves at a road block, and both have families who will stop at nothing to tear them apart. Do they allow it, or is love enough to keep them together against the odds? But most importantly, was Dior helping her dad all along?

A’Moya was hit with a truth she never saw coming - Legion killed his mom! Was he right when he said that he was a damaged monster? Does A’Moya run for the hills, or is she ready for the heavy burden Legion dropped on her?

Wrath and Kanada could no longer fight the inevitable - they belonged together. After all that she’s been through, it seems that Kanada has finally found her knight in shining armor and life starts to get better for her. But is her past really behind her? She soon finds out that it’s not, and one mistake may cost her everything, and a returning baby father doesn’t seem to help.

These women had no idea what was going to happen when they crossed paths with the Ramsey men. In part two, secrets, lies, and exes come out of the shadows. Which couples will survive? Plus, we find out who Guns’ love really is!

What listeners say about Enticed by a Thug Love 2

All I can say is please release book 3, don’t kill Surge I love them Ramsey Guys. Love my Three Ladies. The outside woman Brittany can’t get Wrath, you can’t trust her. That father’s wife is a vindictive woman. Diors Father is a Snake.

Even better than book one. A lot going on with all the main characters. Can't wait to see how it ends. Narrators are good.