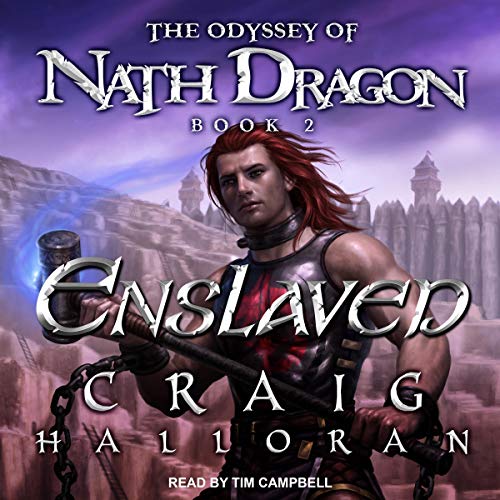 How do you defeat an unknown enemy?

Imprisoned in a Slaver Town, Nath is determined to get revenge. After all, his list of rivals is multiplying rapidly. But his darkest, most vile enemy is still a mystery to him - a mystery he's determined to solve.

Nath enslaved, but by who?

An unidentified enemy will do anything to destroy Nath, wanting nothing more than to torment him, put him in shackles, and work him to death, while breaking Nath's will to survive. But why?

Starving, broken, and freezing, Nath teams up with a hardened knight who's more than willing to embark upon the coming battle with him. Taking on a dwarf warrior, a vicious rogue, unforgiving brigands, a sultry sorceress, and a sword master, Nath and his newest ally fight for survival. But as they make their final conquest at a wedding destined for destruction, Nath's darkest enemies just may reach their wicked goals.