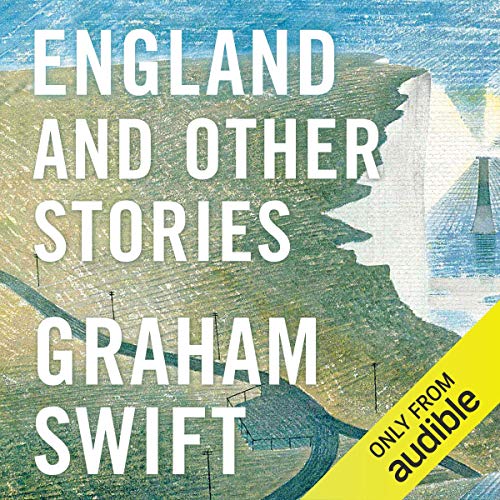 England and Other Stories

These 25 new stories mark Graham Swift's return to the short form after seven acclaimed novels and confirm him as a master storyteller. They unite into a richly peopled vision of a country that is both a crucible of history and a maze of contemporary confusions.

Meet Dr Shah, who has never been to India, and Mrs Kaminski, on her way to Poland via A & E; meet Holly and Polly who have come to their own Anglo-Irish understanding and Lily Hobbs, married to a shirt; Charlie and Don, who have seen the docks turn into Docklands; Mr Wilkinson, the weirdo next door; Daisy Baker, who is terrified of Yorkshire; and Johnny Dewhurst, stranded on Exmoor.

Graham Swift steers us effortlessly from the Civil War to the present day, from world-shaking events to the secret dramas lived out in rooms, workplaces, homes. With his remarkable sense of place, he charts an intimate human geography. In doing so he moves us profoundly, but with a constant eye for comedy. Binding these stories together is Swift's grasp of the universal in the local and his affectionate but unflinching instinct for the story of us all: an evocation of that mysterious body that is a nation, deepened by the palpable sense of our individual bodies finding or losing their way in the nationless territory of birth, growing up, sex, ageing, and death.

"Swift's exquisite stories ... are parables, cautionary tales, fables without a moral. What is not said is as important as what can t be told" (Independent)
"A coherent, powerful statement about English ways of life and death ... This is a collection, at once elegant, humble, and humane, that makes you sad that the Man Booker overlooks the form." (Independent on Sunday)
"For all that many of his characters come close to being types, these stories assert forcibly the individual beneath the conventional exterior. That ability to colour forever the reader's perception ... at the same time as articulating emotions too strong for the narrator's own words, is typical of Swift's gift one reason these stories resonate with such vibrancy" (Spectator)

What listeners say about England and Other Stories

Good performance and some interesting stories, but as a whole book I would have preferred more variety. Maybe one to dip in and out of rather than read straight through.