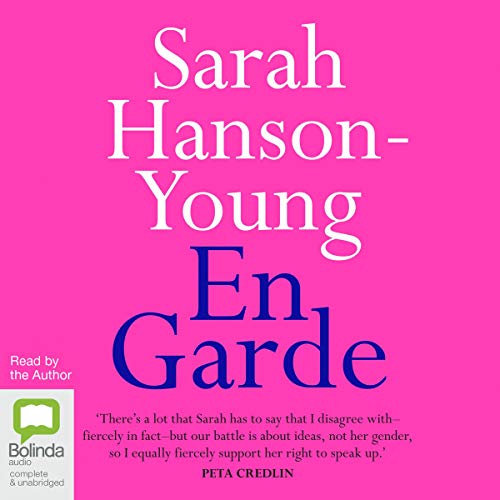 In the era of wolf-whistle politics, women are sick of being degraded.

When Sarah Hanson-Young called out the abuse she received from male parliamentarians as slut-shaming, she sparked a national conversation about the rampant sexism in politics. Placing the responsibility on women to defend themselves is the same cheap trick as asking, why didn't she just fight back?

After witnessing verbal abuse levelled at female parliamentarians and public figures, Hanson-Young is convinced that now is the time to call it out and not retreat.

What listeners say about En Garde

For every women in Australia

SHY articulates exactly that icky experience that most women have had to deal with in many workplaces or public settings - sexism. She authentically tells her story without being overly dramatic or one sided, but rather points out what happens in Australia today and why it isn't ok.