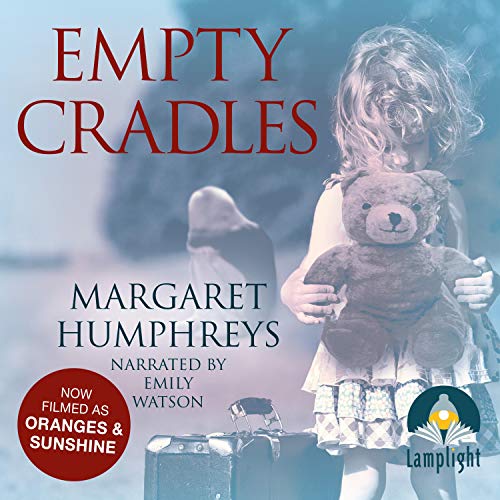 Now a major film, the book that exposed the scandal of Britain's forgotten and abused child migrants.

In 1986 Margaret Humphreys, a Nottingham social worker, investigated a woman's claim that, aged four, she had been put on a boat to Australia by the British government. At first incredulous, Margaret discovered that this was just the tip of an enormous iceberg. Up to 150,000 children, some as young as three years old, had been deported from children's homes in Britain and shipped off to a 'new life' in distant parts of the Empire, right up until as recently as 1970. Many were told that their parents were dead, and parents were told that their children had been adopted. In fact, for many children it was to be a life of horrendous physical and sexual abuse far away from everything they knew.

Margaret and her team reunited thousands of families before it was too late and brought authorities to account and worldwide attention to an outrageous miscarriage of justice.

"It is a story that defies belief." (Independent)

"The secrets of the lost children of Britain may never have been revealed if it had not been for [the actions of] Margaret Humphreys." (Sunday Times)

What listeners say about Empty Cradles

Very interesting. The kids told heartbreakers my stories. The book became a little repetitive; was a bit too long.

I first read the book, Empty Cradles, soon after publication. I have since read it on many other occasions. Margaret Humphreys is an inspirational lady who never gave up on trying to right the injustices meted out to many thousands of British child migrants. This audible version powerfully brings their stories to life and is very well read by Emily Watson who starred as Margaret Humphreys in the film version of the book.

Having watched the film Oranges and Sunshine, I was interested in reading the book which I believed would have contained more information. I am now a lot more informed about this dreadful bit of human history and I have the greatest admiration for Margaret Humphreys and all those supported her and worked with her. Learning about the Child Migrant Scheme has filled me with anguish for the dreadful experiences, abuse and loneliness the children were subjected to. Realising that it has taken till 2010 for the British Government to own up to it's responsibility in this scheme it has totally shocked me.