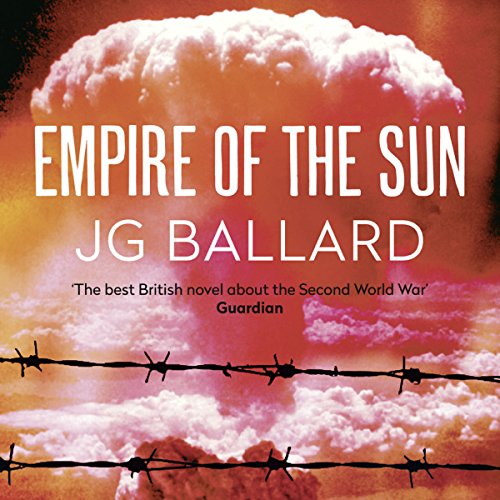 Empire of the Sun

The heartrending story of a British boy's four-year ordeal in a Japanese prison camp during the Second World War.

Based on J. G. Ballard's own childhood, this is the extraordinary account of a boy's life in Japanese-occupied wartime Shanghai - a mesmerising, hypnotically compelling novel of war, of starvation and survival, of internment camps and death marches.

It blends searing honesty with an almost hallucinatory vision of a world thrown utterly out of joint. Rooted as it is in the author's own disturbing experience of war in own time, it is one of a handful of novels by which the twentieth century will be not only remembered but judged.

What listeners say about Empire of the Sun

Its very decent it keeps you engaged the whole time, good story/story telling. It feels like your there at times as well so overall pretty good

An incredible story of a young English boy in the midst of the second word war, looking for every angle to stay part of it and never leave. Don’t hesitate, just read.

Be aware this is the abridged version at 3hrs rather than 13hrs I think!