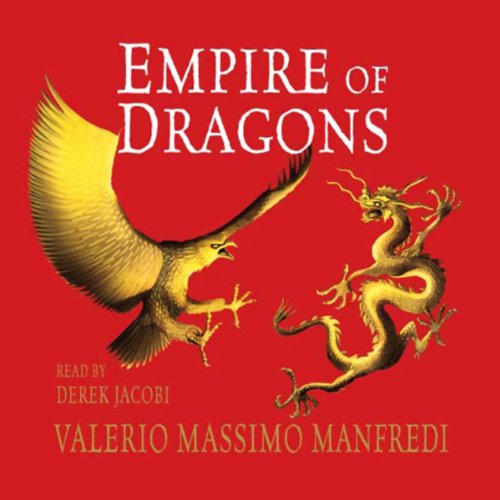 Southern Anatolia, AD 260: The town of Edessa, a Roman outpost, is on its last legs, besieged by the Persian troops of Shapur I. Roman Emperor Licinius Valerianus agrees to meet his adversary to draw up a peace treaty, but it is only a trap, and the Emperor and his 12 guards are chained and dragged away to work as prisoners in a solitary Persian turquoise mine.

After months of forced labour, the Emperor dies, but his guards make a daring escape, led by the heroic and enigmatic chief, Marcus Metellus Aquila. They meet a mysterious, exiled Chinese Prince, Dan Qing, and agree to safeguard his journey home to reconquer his throne from his mortal enemy, a eunuch named Wei.

Thus begins the adventures of the Romans and the Prince as they journey to China. There the Westerners will discover that they aren't the first of their kind to arrive in China - they were preceded centuries before by the survivors of the "lost legion".

What listeners say about Empire of Dragons

If you like histories about Rome you are going to enjoy It. It keep your attention until last moment

Good story as with all of this author's books it is a story of alternative history that could have been.
The narrator in Derek jacobi is one of the best ,of course this may be because he is a classically trained actor.
I would recommend this book to anyone.

Love love this book, action packed and so well narrated by the awesome Derek Jacobi.