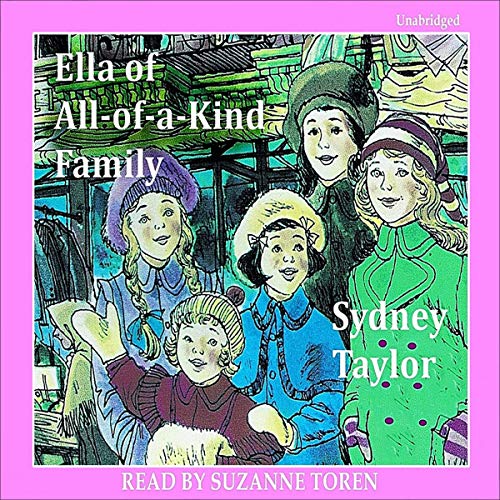 World War I has ended, and the five All-of-a-Kind girls are growing up! The oldest, Ella, is a young lady with dreams of singing and dancing in the theater. But she also thinks of Jules, who is returning from the war, so marriage is in the air, as well. Suddenly, however, Ella is discovered by a Broadway talent scout, and it seems that she will have her chance at a theatrical career after all. Will Ella choose Jules or vaudeville? Here is another charming tale of the warm, caring family that fans have loved for years!

Suzanne Toren has appeared on and off Broadway and in regional theaters throughout the country. She occasionally appears on television, including in Law and Order, and has recorded hundreds of audiobooks. She was the recipient of the Narrator of the Year Award for her recordings of Talking Books for the Library of Congress and of the TORGI Award from the Canadian National Institute for the Blind.

I just love this book.

This is the best series ever.
This book is so awesome and the story is amazing.
I really recommend this book to children and adults who love fun books.
Overall I would recommend it for all ages.