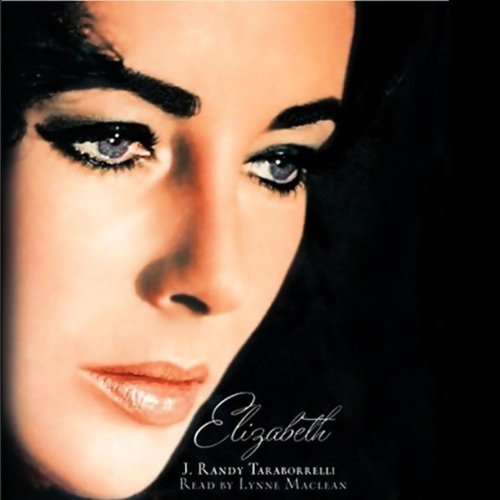 She has been written about many times, but never like this...

For more than six decades, she has been part of our lives. An American icon, Elizabeth Taylor has been surrounded by fame and notoriety since childhood. Now acclaimed biographer J. Randy Taraborrelli looks past the tabloid version of Elizabeth's life to the person she really is, and how she evolved from a child star to a woman in her own right.

At the heart of this impeccably researched work is the first fully realized portrait of Elizabeth Taylor's family: her canny, controlling mother, who, from the moment she laid eyes on her baby, began plotting her success; and her father, often portrayed as distant, but whose connection with his daughter was far more complex than people knew. As Taraborrelli brings to life the people around Elizabeth and her rise in 1940s Hollywood, he reveals the qualities that made her a star, the associations that put her at the right place at the right time, and the ways in which she was singularly unprepared for life out on her own.

While Elizabeth's eight marriages to seven men have been widely publicized, this author examines the psychological and emotional roots of each relationship, including her abusive marriage to Nicky Hilton, her attraction to swashbuckling Mike Todd, and the complex, incendiary Taylor-Burton love affair that continued for decades and never truly died.

Finally, Taraborrelli chronicles Elizabeth's most bravura performance of all. Despite the highly public battles with substance abuse and chronic illness, she achieved new success and sustenance in family, friendships, and philanthropy.

Elizabeth is the story of a woman you thought you knew and can now finally begin to understand.

What listeners say about Elizabeth

This book has been all over the news lately, rumors swirling that it is full of new information. This is not exactly true. There is some new innuendo, but most of the book is plain vanilla bio. It focuses way too much on the Burton years, but then again the whole world did. Still, it is a compelling portrait of the star, and the only thing bio buffs will have to complain about is the fact that it really isn't long enough.

I would highly recommend the book as it introduces Elizabeth in new angles. The author analyzes her personality as an actress as well as a personality. Lynne Maclean does her job as a narrator appealingly.

I thoroughly enjoyed this biography audiobook. Elizabeth Taylor was a very tenacious and determined woman.This book showcases this.She was a lot more than just a beautiful face.She was compassionate and loyal to those people whom she loved.She was a force to be reckoned with whenever she had to be. The narrator of this book even sounded like her whenever she did an impression of her voice.She did a wonderful job in telling Elizabeth's story. Great book.