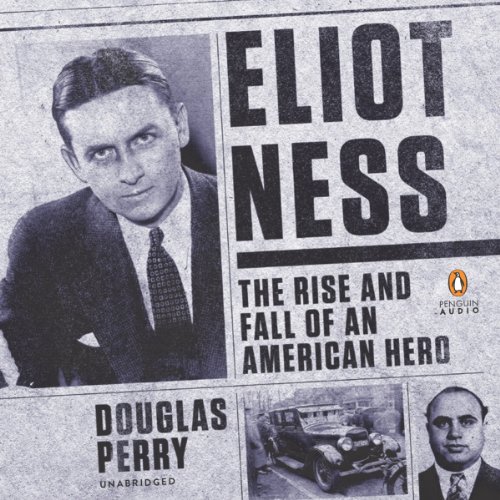 The true story of Eliot Ness, the legendary lawman who led the Untouchables, took on Al Capone, and saved a city’s soul.

Eliot Ness is famous for leading the Untouchables against the notorious mobster Al Capone. But it turns out that the legendary Prohibition Bureau squad’s daring raids were only the beginning. Ness’s true legacy reaches far beyond Big Al and Chicago.

Eliot Ness follows the lawman through his days in Chicago and into his forgotten second act. As the public safety director of Cleveland, he achieved his greatest success: Purging the city of corruption so deep that the mob and the police were often one and the same. And it was here, too, that he faced one of his greatest challenges: A brutal, serial killer known as the Torso Murderer, who terrorized the city for years.

Eliot Ness presents the first complete picture of the real Eliot Ness. Both fearless and shockingly shy, he inspired courage and loyalty in men twice his age, forged law-enforcement innovations that are still with us today, and earned acclaim and scandal from both his professional and personal lives. Through it all, he believed unwaveringly in the integrity of law and the basic goodness of his fellow Americans.

"This is rip-roaring stuff, and Mr. Perry tells it with gusto." (The Wall Street Journal)

"Perry paints a riveting portrait of the real man behind the Untouchables icon.... It’s a tragic true story more engrossing than the myth." (Parade Magazine)

What listeners say about Eliot Ness

If you could sum up Eliot Ness in three words, what would they be?

What other book might you compare Eliot Ness to and why?

In Cold Blood, as both are well researched and written, and cover fascinating real characters.

Which character – as performed by Pete Bradbury – was your favorite?

My strongest reaction was the deep admiration I gained for Ness, a flawed but sincere hero.

I liked this book so much that I plan to reread it soon.

Boring and goes no where. Reader is terrible. Hard to understand! This book will put you to sleep.

Too long and boring!

It's hard to tell...too many details to even know what he's all about. The narrator was least likable.

Setting wire taps. The many details that weren't necessary.

Another narrator. He brought nothing at all to this book. No change in characters, hardly a change in voice at all.

Could you see Eliot Ness being made into a movie or a TV series? Who should the stars be?

Think it has been many times.

I tried so hard to like this book. I was very interested in Ness, but this book just wasn't it for me. With a different narrator it may have been a whole different experience.

Sure. There a few times I got a little bored, but overall I am glad I read it. I am from Cleveland so the parts of the book about his time in Cleveland were pretty interesting.