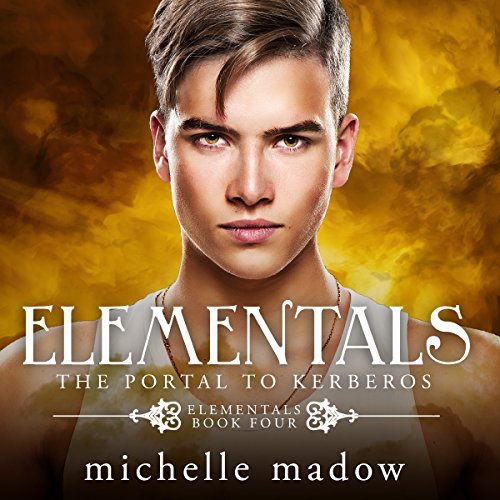 Elementals 4: The Portal to Kerberos

She will venture into hell to save the one she loves.

After being betrayed by one of their own, Nicole watches helplessly as Blake is snatched into the prison world of Kerberos - along with Medusa's head, which is the one item they need to stop the Titans from rising again. Now, Nicole and the other Elementals must enter the portal, find Blake, and bring him and Medusa's head back to Earth before the deadly monster Typhon returns and wreaks havoc on the world. But there's one catch - their elemental powers don't work in Kerberos. In a dimension designed to make those within it lose touch with reality, and that's filled with dangerous creatures who want to stop them from completing their task, will they make it out alive?

What listeners say about Elementals 4: The Portal to Kerberos

I have really enjoyed this audiobook and am eager to start the conclusion to the wonderful series that’s it’s been. Slight note, I am a bit confused with the end in how it effects Chris but I won’t elaborate as I wouldn’t want to risk any spoilers for those yet to enjoy this book.

Omg. So many surprises

There were so many surprises in this story and some twists that I did not see coming. I am starting on the final book to see how it ends.