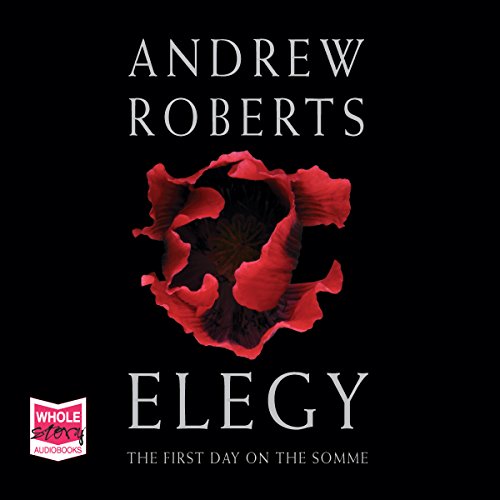 The First Day on the Somme
By: Andrew Roberts
Narrated by: Gordon Griffin
Length: 6 hrs and 51 mins
Categories: History, First World War
5 out of 5 stars 5.0 (1 rating)

On 1 July 1916, after a five-day bombardment, 11 British and 5 French divisions launched their long-awaited 'Big Push' on German positions on high ground above the Rivers Ancre and Somme on the Western Front. Some ground was gained but at a terrible cost.

In killing grounds whose names are indelibly imprinted on 20th-century memory, German machine guns - manned by troops who had sat out the storm of shellfire in deep dugouts - inflicted terrible losses on the British infantry.

I was enjoying this audiobook right up until I began to wonder- Is this just another attempt at rehabilitating Haig?
In fact towards the end, that is indeed implied.

I can only say that however one book or Historian seeks to raise that coldest of cold fish Generals, there will always be several more, that depict him for what he is in the general public's popular view.
Haig was many things, but few (if any) were good. I also wonder the great what IF the British had retained Sir John French and or even Dorian?

Again I enjoyed most of this book - without that element.