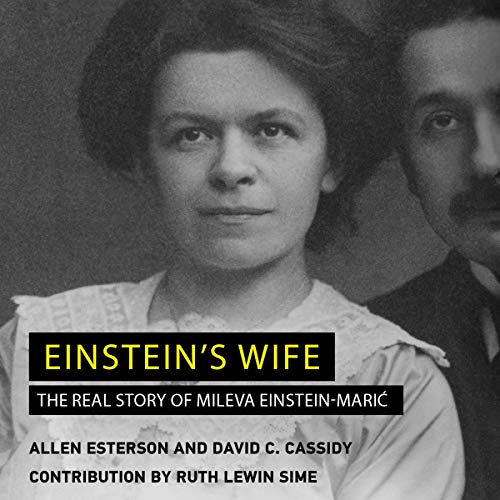 Albert Einstein's first wife, Mileva Einstein-Maric, was forgotten for decades. When a trove of correspondence between them beginning in their student days was discovered in 1986, her story began to be told. Some of the tellers of the "Mileva Story" made startling claims: that she was a brilliant mathematician who surpassed her husband and that she made uncredited contributions to his most celebrated papers in 1905, including his paper on special relativity.

Mileva was one of the few women of her era to pursue higher education in science; she and Einstein were students together at the Zurich Polytechnic. Mileva's ambitions for a science career, however, suffered a series of setbacks - failed diploma examinations, a disagreement with her doctoral dissertation adviser, an out-of-wedlock pregnancy by Einstein. She and Einstein married in 1903 and had two sons, but the marriage failed.

Was Mileva her husband's uncredited coauthor, unpaid assistant, or his essential helpmeet? It's tempting to believe that she was her husband's secret collaborator, but the authors of Einstein's Wife look at the actual evidence, and a chapter by Ruth Lewin Sime offers important historical context. The story they tell is that of a brave and determined young woman who struggled against a variety of obstacles at a time when science was not very welcoming to women.

What listeners say about Einstein's Wife

Endless statements of academic report cards, down to decimal point variations. Wow! No thank you!