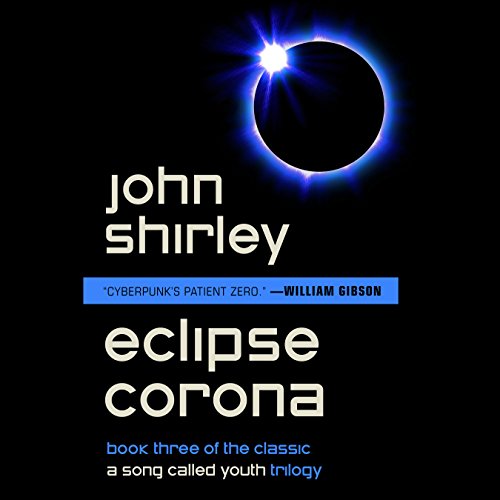 The power of the Second Alliance has coalesced and terrorism institutionalized. New concentration camps bring the horrors of "Ethnic Cleansing" to a terrifying intensity. The SA stands poised to conquer the ruins of Europe with brutality. Media manipulation has become mind control - and mind control, an art. Secret treaties have been made in back rooms, on the Internet, and in hidden laboratories. Your only hope is the New Resistance. People like Dance Torrence and his fellow urban warriors on Earth; Claire Rimpler on the L5 colony, FirStep; Smoke, the damaged visionary; and Alouette, a precocious cyber-jacked little girl on the cutting edge on a strange new frontier of human collective-consciousness, the Entelechy. Ordinary people bound together by the truth and a single purpose: to keep the secret darkness from becoming humankind’s Total Eclipse - or die trying.

What listeners say about Eclipse Corona