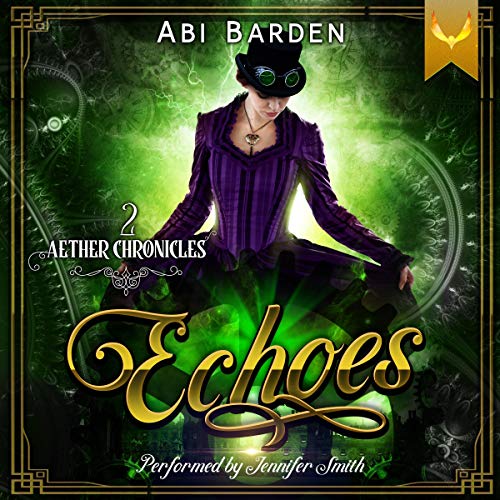 A country house retreat with friends like Benjamin Maker should be exactly the relaxation Amethyst Forester needs. But this country house comes with unbearable snobbery and a missing person. Needing support, Amethyst calls Inspector Jenson to come and investigate.

As jealousies and hatred threaten both Maker and Amethyst, Jenson becomes their greatest ally. Amethyst’s inventions are increasing her fortunes, both good and bad, making her a target. Already off-kilter after an unexpected proposal, Amethyst finds something she believed lost forever.

When Jenson uncovers a conspiracy against the monarchy, can he and Amethyst work together to lay ghosts to rest and keep the Queen alive?

Don't miss the exciting second installment in a Victorian London-era steampunk adventure for the ages. It's perfect for fans of Charlie N. Holmberg and Honor Raconteur.

What listeners say about Echoes

As with book one, the characters take you into the story. The heroine, Amethyst is well written, a fearless intellectual, struggling with her new life and the enemies that if brings. Thoroughly enjoyable.