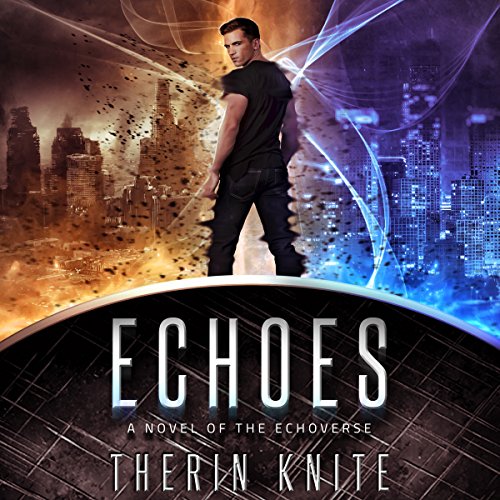 Washington, District of Columbia, United Republic of Earth, 2712. Twenty-three-year-old Adem Adamend has it rough. His name is ludicrous. His friends are few. And the only thing his "kid genius" status has gotten him at the Interdistrict Bureau of Intelligence is a boatload of extra work with no credit in sight.

Then hotshot lawyer Victor Manson is burned to death in his own back yard, and Adem finds himself using his unique skills to piece together the strangest crime he's ever seen. Strange because the only possible suspect Adem can pin the murder on... is a mythical beast. A dragon.

Before Adem can unravel the mystery of Manson's death, the Bureau loses jurisdiction to the secretive EDPA, an organization that investigates weird and deadly events. But Adem isn't one for giving up, so he takes it upon himself to delve deeper into EDPA's machinations, into the series of unfortunate events that led to Manson's demise.

And what he finds may change the way he views the world - and himself - forever.

What listeners say about Echoes

I picked this up on a whim as it sounded fun. I was completely blown away. This read like a trippy, stylistic fusion of cyberpunk fantasy spy thriller noir, dripping with gorgeous words and moving at breakneck speed. I loved the main character and all his quirks. He reminded me of a futuristic Sherlock, and his best friend is the perfect, quirky Watson. And what an amazing world they have as their playground! I'm looking forward to digging in to the next one.

I really enjoyed the story and the reader. I am really disappointed that book 2 isn't on Audible.

Oh man! I was so missing Matt Baca's voice. I listened to this in one sitting.

I didn't get what was going on at first because it took me a while to figure out Adem would be in a room and could live in the past living the events that happened in that particular location. The story is compelling, and although I wasn't a big fan of Adem, he did grow on me by wanting to do the right thing.

So basically, Adem is able to jump in dreams, create dreams, and change other people's dreams. And you could actually die in a dream. He's incredibly powerful but is just learning about his powers while trying to find out who and why this man Victor was murdered by a dragon and who's the traitor in his organization.

Yep, I said dragon and the darn thing is evil as hell! Oh, and it all happens in a dream.

This is a great start to a wonderful new series. I am glad there were no romantic overtones in this story, the action was on point, and the mystery was fantastic. I can't wait to see how Adem and his team will mature and grow.

My only issue with the narration is (please don't get it twisted, Matt Baca's voice is just lovely. Every time he spoke my heart would melt) the changing pitch or I'm not sure how to explain it. It would sound like he's right next to you speaking but in the middle of a sentence it would change and his voice would sound very far away.

Mr. Baca is a fabulous performer so that wasn't the issue, it was the changing loud to soft sounding of his voice that was distracting. And I believe that is more of a technical issue. Anyway, that was the only problem.

I hope he continues to narrate the rest of the series because honestly no one else could be Adem.