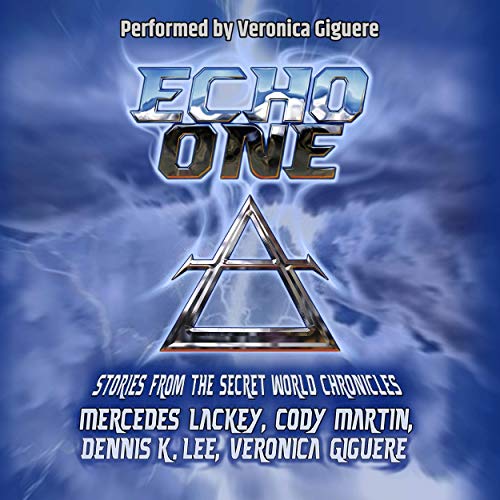 Echo One: Tales from the Secret World Chronicles

Tales from the Secret World Chronicles.

In the late 1930s something fell from the sky and landed in an area of the Atlantic not yet known as the Bermuda Triangle. After that event, part of the world irrevocably changed...and the mysteries began.

Something else would change as well - seemingly ordinary men and women on both sides of the Allied/Axis war suddenly began to manifest uncanny powers. Super powers. The advent of the age of metahumans had begun.

And hidden in the heart of the ocean, the masterminds sat back to watch.

This collection contains stories of that time, as metahumans enter and change the Second World War forever. From the streets of Paris to the beach at Dunkirk, from the Battle of Britain to the Atlantic Deeps, metahumans meet and clash, while all around them rage the battles of ordinary men and women.

These 16 stories are woven in and around The Secret World Chronicles, the five-book mega-series written by Mercedes Lackey, Dennis K. Lee, Cody Martin, Veronica Giguere, and Steve Libby.

“Series readers will be pleased with this return to the Secret World." (Publishers Weekly)

“The project feels like a throwback to the glorious days of Stan Lee and Jack Kirby, when creativity was king, and having inspired ideas was more important than how famous you were.” (SF Site Nathan Brazil)

“[C]omes together seamlessly...an awesome and lightning-paced story: Read it on a day when you will not have to put it down.” (San Francisco Book Review)

What listeners say about Echo One: Tales from the Secret World Chronicles