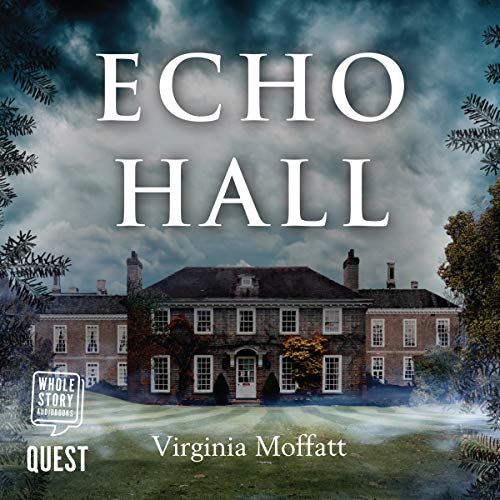 In the early '90s, newlywed Ruth Flint arrives at Echo Hall to find an unhappy house full of mysteries that its occupants won't discuss. When her husband, Adam, is called up to the Gulf War, her shaky marriage is tested to the core.

During World War II Elsie Flint is living at Echo Hall with her unsympathetic in-laws. While her husband, Jack, is away with the RAF, his cousin Daniel is her only support. But Daniel is hiding a secret that will threaten their friendship forever.

At the end of the Edwardian era, Rachel and Leah Walters meet Jacob Flint, an encounter leading to conflict that will haunt the family throughout World War I and beyond.

As Ruth discovers the secrets of Echo Hall, will she be able to bring peace to the Flint family and, in doing so, discover what she really wants and needs?

What listeners say about Echo Hall

The only reason I purchased this title is because Charlie Sanderson is the narrator. I was not disappointed! Great story while slightly predictable at times it will leave you longing for the final chapter to see how it ends. As always Charlie Sanderson did an incredible job narrating!