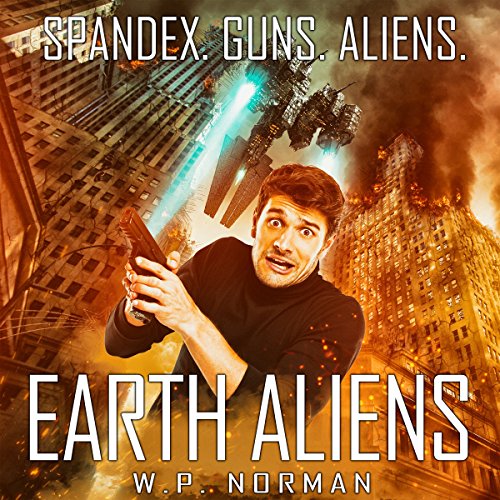 Earth is attacked by aliens.

Well, attack is a pretty strong word, but aliens did break into the White House. Which means that they're here to destroy mankind or maybe protest America's electoral college system.

They're aliens, and everyone knows that aliens are dangerous - especially if they're wearing pink spandex shorts. But no one believes Agent Lane that they actually exist, so it's up to him to stop the aliens from conquering Earth.

This mini-adventure is a side mission from the AEGIS Roaming Nova universe, so go ahead and bring a smile to your day, and listen to Earth Aliens now.

What listeners say about Earth Aliens