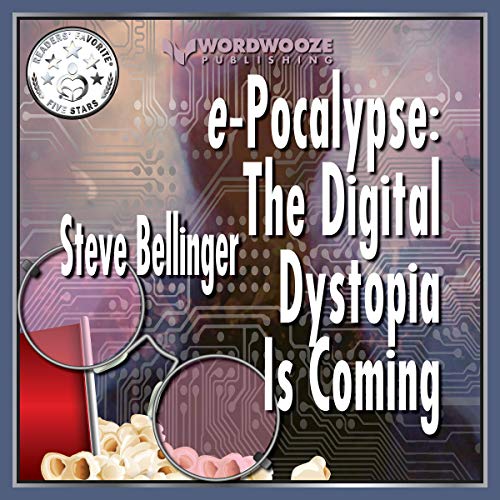 Matty Williams’ retirement as a computer tech goes awry when he and his girlfriend Divvie discover that new social technologies are subtly affecting the minds of their users. As they delve deeper into the technological marvels, revolutionizing the lives of virtually everyone on the planet, they are set on a course that leads directly back to their employer Roydon Technologies.

Now, there’s the latest gadget, augmented reality glasses known as “Augies", that can literally recreate reality for the user, all controlled by the ruthlessly efficient global computer system with the deceptively reassuring name of NANA.

Will Matty, Divvie, and their super-geeky friend Howard save humanity from a life of programmed subservience, or will their attempt to thwart NANA result in something even worse?

"The story built the level of intrigue and tension nicely, increasing its hold over the reader by fully immersing them in a future world. The technology introduced was believable and shocking, disturbingly charged with both wonder and terror. I would recommend this book to anyone." (Steven Robson for Readers’ Favorite)

What listeners say about E-Pocalypse

Wow! This is a thought provoking and suspenseful story that may make you think twice the next time you sign up online or buy a new electronic device.
It’s an interesting look at the way we as a society rely heavily on electronic devices.
This was highly entertaining.
The narration was fantastic!
I recommend this book!

This story is intriguing. The premise seems far fetched— until you see the symptoms it describes right in front of you. As in all sci fi, there is a bit of hand waving at the actual techie side of things. But the action keeps moving and the characters become your friends.

I received this audiobook for free in exchange for a review.

A plausible piece of speculative fiction with a blockbuster plot worthy of a movie. E-pocalypse is fast paced, well written and ultimately a satisfying listen. Christopher Laurenzo's performance is excellent and engaging with each character easily recognisable.

Little Gem of a book

Really enjoyed listening to this. A good story, frighteningly close to real life technology. Luckily I had a day where o I could listen to the whole book on one go.
I will be looking out of for stuff from the author, the narrator was very good as well

It’s technology taking over our world… This book i

Steve has just retired from the biggest tech producer in the world. Now he will have more time to spend with his girlfriend and his grandson and friends. Little does he know this time will be spent trying to stay alive, keep away from cars that want to kill him and doing his best to stay off the grid in a world where everything is gridlocked. This book is so good the characters are so likable, the plot is so interesting, And the dialogue will make you laugh. You will be wishing the book was longer, maybe the author will write a book to. I can only hope. I am so glad I found this author as I loved every book I’ve read by him an apocalypse is a gym among Jim’s Not to mention the great narration. I always say a narrator can ruin a good book but in this case it only enhance the experience he was awesome. I highly recommend this book it is science fiction, but more of a personal saga about Steve his girlfriend de de and his smart friends.

Amazing, it ended too soon!

I was looking to use up some spare credits I had and took a punt on this and it has been the best book I've got so far this year. The story was well paced and kept you wanting one more chapter, one more chapter. I highly recommencement this!