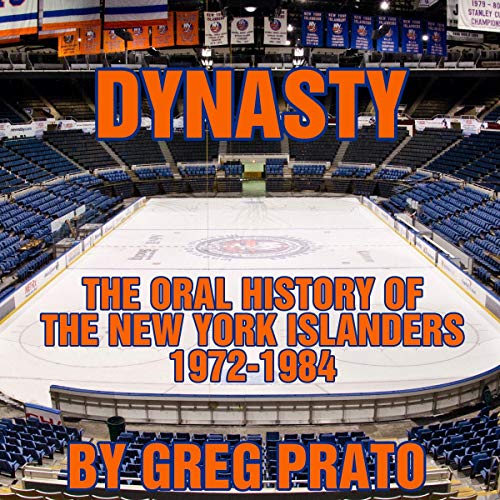 Ask any hockey historian about the greatest all-time teams, and the 1980-1984 New York Islanders are sure to be toward the top of their list. Assembled by General Manager Bill Torrey and taught the art of dominance by Head Coach Al Arbour, the Islanders of this era included such subsequent Hall of Famers as Bryan Trottier, Mike Bossy, Denis Potvin, Clark Gillies, and Billy Smith and won four consecutive Stanley Cups. Dynasty: The Oral History of the New York Islanders, 1972-1984 focuses solely on this period of the Islanders.

Comprising nearly 30 all-new, exclusive interviews with players, coaches, trainers, broadcasters, and a celebrity fan, the book is not only a genuine account of the Islanders from this time, but also of the National Hockey League in general. Set up in the oral history format, Dynasty sounds like a documentary but in book form, as the participants weigh in on the ups and downs of the Islanders and pull no punches in their recollections and opinions.

What listeners say about Dynasty: The Oral History of the New York Islanders, 1972-1984