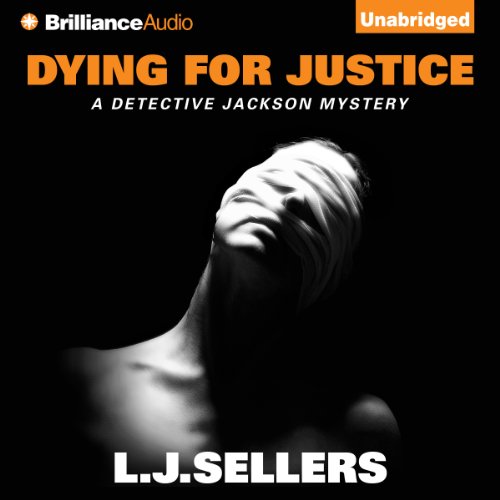 Dying for justice. After 10 years in prison, the man convicted of murdering Detective Wade Jackson's parents declares his innocence. After two years in a coma, a woman suspected of attempted suicide awakens, claiming her ex-husband tried to kill her. Now, two of the most baffling cases facing the Violent Crimes Unit of Eugene, Oregon, will put Jackson and his protégée, Detective Lara Evans, through their most grueling investigations yet. Probing accusations of corruption, coercion, and justice denied, Jackson uncovers long-buried secrets that hit even closer to home than his parents' murders. Meanwhile, Evans shadows a notorious fellow cop who abuses more than just power. Jackson is on a quest to absolve the innocent and punish the guilty.

Evans is determined to prove her worth and protect the vulnerable. But when increasingly dark revelations in each case begin to intertwine, the two detectives will meet in a volatile confrontation with a desperate killer terrified of losing everything.

What listeners say about Dying for Justice

She did it again!

Once again LJ Sellers has written another great mystery. Keeps your attention all the way through without any fluff. Lots of twists and turns. I would highly recommend it.

I love this series of books but the first two books had a different narrator then they changed to current one. It’s making it really really had to listen to :( they guy just makes all the characters sound ridiculous!!

I've always enjoyed the Jackson mystery series! This one was just as entertaining and enjoyable

Will read more by this author.

Narration was ok, voice was strange at times..
a bit annoying but tolerable
very interesting, good ending, enjoyed the story

Detective Wade reminds me of some of the men in my family, sweet and to the point but what are they truly thinking. This is turning out to be my new favorite series!

This author should be discovered!

I note that the only other Audible review of Dying for Justice to date is by author, lawyer, and children's advocate Teresa Burrell who i writes The Advocate series of legal thrillers. Burrell is one of my favorite authors of the genre. All 8 of her novels are available at Audible. Her audio novels can be difficult to listen to due to the subject matter (mistreated children), but The Advocate is a 5 star series.