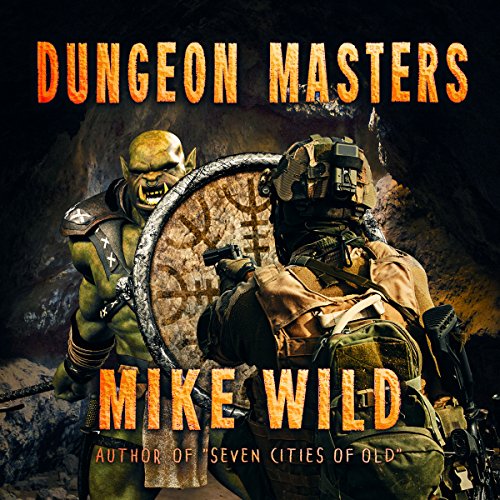 “Ops, this is Trix Hunter. Confirming my party of six is go.”

“Understood, Keeper 7. Be careful down there.”

Beneath a dome in remote China lies a rift to another dimension. To a deep, dark dungeon filled with monsters and magic. Its levels can be explored by scientists, treasure hunters, and adventurers - by anyone willing to pay DragonCorp a million dollars a pop.

The question is, how deep dare they go and hope to survive? Trix Hunter knows - as a dungeon keeper she’s spent years mopping up the blood. But after Trix discovers the dungeon is inexplicably expanding, she finds herself forced to travel deeper than anyone has ever been.

Hunter becomes hunted by a DragonCorp corrupted by an ancient evil, one intent on escaping a prison built for it long ago. To stop the so-called Godleech, Trix must band together with a drunk, an old man, and a brother thought lost to the depths. Only they and a besieged other-dimensional army have any hope of stopping two worlds merging and transforming both into a living hell.

The forces of evil are massing. The clock is ticking. This is no game.

“...a splendid adventure story and a fabulous work of fantasy...” - British Fantasy Society Journal on Seven Cities Of Old

“...unashamedly pulp, reminding me of such genre greats as Michael Moorcock and Edgar Rice Burroughs...” - San Francisco Book Review on Engines Of The Apocalypse

What listeners say about Dungeon Masters

Good one for the D&amp;D fans

If you could sum up Dungeon Masters in three words, what would they be?

Have you listened to any of Greg Walston’s other performances before? How does this one compare?

He did great, keep in on board.

this was a cool idea.

What disappointed you about Dungeon Masters?

Greg Walston sounds terrible reading this. the story is a bit cliché but still fun. it all could have been great if ANYONE else read the book. the same mono tone voice for every character and every action scene was like sitting in class.

If any other narrator read this story.

there were a few to many times that the answer to a tense situation was "we are gonna die, oh wait whats this lever that just appeared out of nothing." it kind of takes you out of the story after the first time hearing it. i found myself rolling my eyes every time the characters found a convenient way out of some situation because they overlooked some small thing.