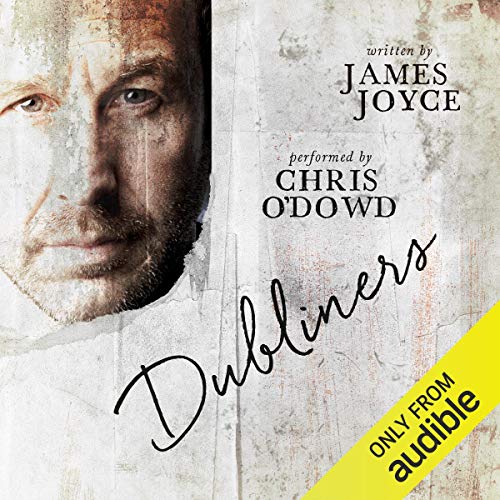 First published in 1914, James Joyce defined what the short story could be with his collection, Dubliners. A mixture of prose and poetry, each story can be listened to independently, or as a collection. From childhood to maturity, we see what life - and ultimately death - can be, via an extraordinary cast of characters, all of whom experience an epiphany. There’s Father Flynn, the priest; Evelyn, the shop girl who dreams of escape; Mrs Mooney, the butcher’s daughter, who runs a boarding house.

Joyce described the stories as ‘a moral history of my country’. Written by a young Joyce, with the devastating potato famine still in living memory, he wanted to explore the reasons why a city and its occupants could be so paralysed. For the modern listener, the stories also provide a fascinating snapshot of early 20th-century life - from clay pipes to sixpences, petticoats to ginger beer. In your mind’s eye, walk round Stephen’s Green, wander down Grafton Street and over the River Liffey. You’ll never forget this city or its occupants.

What listeners say about Dubliners

Chris O’Dowd is James Joyce reading his novel to you!!! Beautiful in every way! Don’t miss this!!!

Joyce at his most understandable

Great. Narration is good except the stories are not separated well. When you start to listen it is confusing. One story’s ending, quick title and then the next story without even a breath. Credits were mixed up (chapter one and two)——in other words looks like someone rushed this through with poor editing. But tough to complain too much for the price, and as I said previously the narration is superb. Thanks

I appreciated his tonality and ability to draw out the characters.
Well done.

I don’t have much to say about the stories, but the narrator was truly superb

This collection of short stories were a delight to listen to. Each prose gave a glimpse of life in early 20th century Dublin. James Joyce is a masterful writer and these stories will remain with me.

Chris O'Dowd's melodic narration brought the characters to life. I could imagine each person and their life and struggles. A brilliant performance.

Only just started but Wow - the narration by Chris O'Dowd is incredible. It feels like getting a warm hug.

Chris O'Dowd is a fantastic choice of narrator for these short stories. I think I could listen to anything he narrated.

Chris O’Dowd has put in a great performance - incredible range and ability to convey mood. First time reader of Joyce - ran hot and cold through the stories and their mundanity and routine, but think that was probably his intention. Was feeling exasperated at how it would all come together and then came the last intense 5 minutes of ‘the dead’, which seemed to provide a hopeful glimpse that one character might escape from his life of paralysis

Absolutely convincing, with great characterisation of every person in each of the 15 short stories. Chris O’Dowd might have been born to do this. If he ever records Ulysses, I’ll be there in a flash.

The narration cannot be bettered. Stories are beautifully crafted and genuinely affectionate.Humour abounds .Brilliant in every respect. Immensely enjoyable. A perfect introduction to Joyce.

This is a treat, poetic prose in the beautiful Irish style and magnificently narrated in the soft, melodious voice of Chris Dowd. Perfect.
I will be listening to this recording many times.

I’ve known these stories almost as long as I can remember - the best are brilliant and stay with you for a lifetime. And if you are wondering which recording to get, wonder no more and get this one, Chris O’Dowd captures them perfectly.