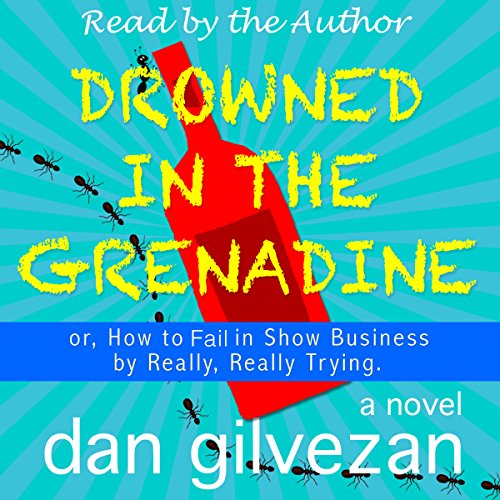 Drowned in the Grenadine

Fancy cars, a loving wife, a designer home in the Hollywood Hills. Nathan Lindeman had it all, lost it all, and now he’s desperate to get it back. They say there are no second acts in show business, but they just may be wrong. There’s a new TV sitcom being cast that’s virtually guaranteed to go to series, and Nathan has a shot at snagging one of the lead roles. If, that is, he can survive the perils and pitfalls that threaten to derail him along the way.

Follow Nathan on his journey, and learn the way things really work behind the scenes of the Hollywood dream machine, as he deals with teenage casting directors, soulless network execs, egomaniacal fellow performers, hucksters and thieves - a cast of characters so bizarre and otherworldly they could only be based in reality.

By turns funny, sad, heartbreaking, and heartfelt, Drowned in the Grenadine explores America’s fascination with celebrity, the nature of success, and what it means to be both a father and a son.

What listeners say about Drowned in the Grenadine

A surprising treat from Dan Gilvezan.

I was surprised at how invested I became in this. I assumed it would be another subpar newcomer novel but no.

Dan not only has a good voice to listen to, but his experience in acting helped make this so accurate to how television studios work and still manages to provide a happy ending, a rise then fall then get back up story and a cast of characters so detailed they are practically based on real people.

Here's hoping that the rest of Dan Gilvezan's books are made into audiobooks. He's definitely got my attention and I'm now thinking of reading his newest works.