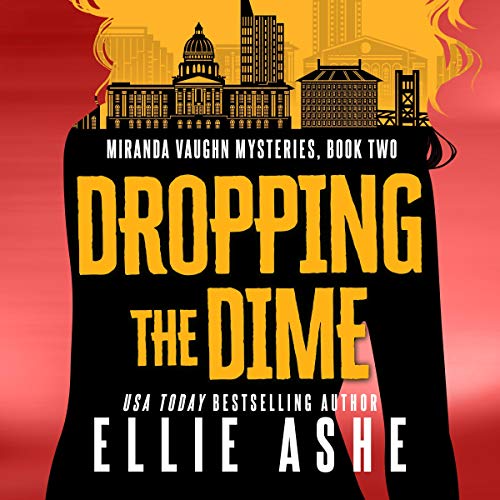 Miranda Vaughn was once falsely accused of stealing millions, and now she's helping others who are facing criminal charges. While being an assistant to her former defense attorney isn't Miranda's dream job, she's eager to prove herself, and her first task is a simple one - protect Kathryn, a shy CFO turned informant, and help her prove that a popular real estate developer is embezzling millions from his company. But what should be a straightforward assignment is deliciously complicated when Miranda is thrown together with FBI Agent Jake Barnes, the man who saved her life, broke her heart, and then disappeared.

Beneath the neatly plotted rows of new homes lurk dark secrets, bitter feuds and a whole lot of greed. Nothing is what it appears; even Miranda's timid client is hiding secrets of her own. Despite her growing distrust of her client, Miranda must protect Kathryn from becoming the target of the FBI's investigation and protect herself from the real thief - all while protecting her heart from the sexy FBI agent she can't seem to resist.

What listeners say about Dropping the Dime

This was a very well written story which I thoroughly enjoyed. I didn't pick who the bad guy was in this till the very end after being wrong about the 'who done it' part in which was quite refreshing. Can't wait to see what happens in the next book to this series.

Up a trellis 3 floors from the ground

Another excellent mystery headlining Miranda Vaughn!
She works for the lawyer who saved her from a wrongful fraud charge and who now is personally involved with her aunt. A new case comes in where her expertise is needed. She meets some real high fliers, does a spot or two of questionable entry, faces the same FBI agent, has her car involved in an explosion, and gets shot at. But there's lots more, and enough plot twists to make your head spin! Reading the first book is not a necessity, but another totally enjoyable work.
I requested and received a free audio copy of this one because I had really enjoyed Chasing the Dollar last year.
Teri Schnaubelt performed both of them, and was awesome!

This is a great series. It's one of those that I really could read like fifty more books with these characters. They are that fun. The cozy format is perfect for someone like me who needs an immediate escape. While I was reading this series, I didn't worry about the other details in my life because the author drew me into the plot and I couldn't get to the end fast enough. I love Miranda. I think she has so much energy and spunk. I fell in love with her because she is so 3-dimensional to me. I know nothing about the finance world, but the author did a great job explaining to me what I needed to know, but not bore me. This is the second book in the series, but I believe you could read this one first if you wanted.

Miranda has learned that "not guilty" is not the same as "innocent" in the mind of the public. She's now working for her defense attorney, who is now also her mother's lover. (Awkward.) And she's protecting a corporate CFO who claims her boss may be doing something illegal with the books.

The mystery is interesting. Miranda is likeable. There are twists and turns to keep you guessing. And maybe there's the potential of a little romance, although the FBI agent who's investigating the CFO's allegations is giving decidedly mixed signals.

I enjoyed this and will listen again. I recommend it.

(Disclosure: I received a free copy of this audio book in exchange for an honest review.)

Would you listen to Dropping the Dime again? Why?

Yes, I would listen to this book again but not before I dive into the rest of the series.
Superbly entertaining and marvellously performed. The book held my attention for the entire time.

What does Teri Schnaubelt bring to the story that you wouldn’t experience if you just read the book?

I really loved the narration of this book. The narrator puts a lot of effort into performing the characters which she does very well but she also has the great skill of knowing how to tell a story which is completely different to merely reading the words out loud from the page. She is definitely a narrator I will look out for from here forward.

I received a copy in exchange for my honest review.

This is a great book; this is the second book in the Miranda Vaughn Mystery Series written by Ellie Ashe and narrated by Teri Schnabelt. Miranda Vaughn was once falsely accused of stealing millions, and now she’s helping others who are facing criminal charges. While being an assistant to her former defense attorney isn’t Miranda’s dream job, she’s eager to prove herself, and her first task is a simple one—protect Kathryn, a shy CFO turned informant, and help her prove that a popular real estate developer is embezzling millions from his company. But what should be a straightforward assignment is deliciously complicated when Miranda is thrown together with FBI Agent Jake Barnes, the man who saved her life, broke her heart, and then disappeared. This is a great book with a wonderful story and well developed characters. This book will keep you reading long into the night and you will not want to put this book down until you finish. This was such a great read and full of surprises.

The narrator Teri Schnabelt did a wonderful job, and was very easy to listen too. She did a great job with the different characters and their voices.

If you are looking for a great book, then you need to read/listen to this book. I can’t wait to read the next book by this author. Once I started listening to this book, I didn’t want to stop until the end.

This audiobook was provided by the author, narrator, or publisher at no cost in exchange for an unbiased review courtesy of Audiobook Boom dot com.

Would you listen to Dropping the Dime again? Why?

yes, I really like listening to Ms. Schnaubelt. Here delivery is always right on. While she does not have a large male voice range, she never loses the listener. Her narration style keeps the listener wanting more!

Overall, author Ellie Ashe writes a fun, sexy mystery. I enjoyed her description of the various men in Miranda's life. I also look forward to what predicaments Miranda finds herself dragged into.

I received a copy via audiobook boom in exchange for an unbiased review,

I would recommend this audiobook to a friend,it was good read and the story was also well written.

What does Teri Schnaubelt bring to the story that you wouldn’t experience if you just read the book?

The intonation matches the different situations of the story.Sometimes hearing an audiobook is better then reading the story,just like in this case.

Yes,but it's a long story so your have to make breaks.

I thought this story was good but all the teenage hormonal thing was over the top for me. It just distracted from the overall story. I thought Teri Schnaubelt did a great job with the narrating. I was gifted this audio book with the understanding that I would give an honest review.

Another win for Ellie Ashe! This book, like the first, was smart, fast-paced, & exciting with thoroughly likable characters. The narration is good and keeps you drawn in. Good job, definitely looking forward to the next book!

I was given this book at no charge by the rights holder in exchange for an unbiased review.

I know that this review will be in the minority but even though this was a decent story, it was not a well-crafted story. Many of the sequences of events made little to no sense. Miranda is the key figure and the story circulated around her but that usually put her in situations that were just not logical, at least not to me. I shook my head often while listening.

Then, as the story concludes, right before the culprit is revealed, Miranda, who knows ex-cops and current FBI agents, runs into a situation without either where she knows there will be bloodshed, at the very least. And once the FBI does show up, it's Miranda who "chases" down and helps avoid bad things happening. It was just too much.

The narrator is why I kept listening. She was awesome!! I love when a female voice can make a believable male voice and this narrator was excellent on both counts. She kept the story moving, even while I was shaking my head, and I now have a new favorite!