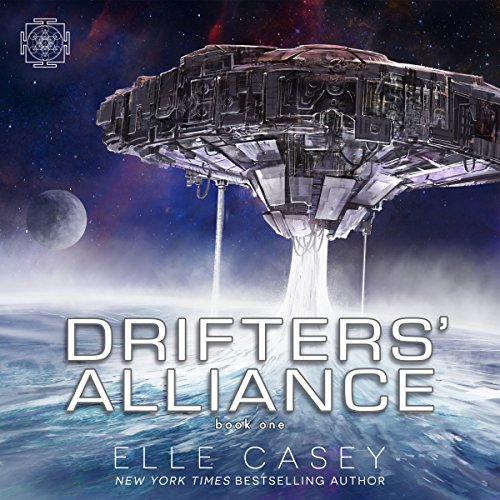 One hand of cards and it's all over but the crying....

Cass Kennedy finally gets what she's been dreaming of for the past 10 years: a drifter ship to call her own. All the sim time and battle training is going to pay off in spades as she sets her course for the future. She'll be living on her own terms, not those of her father.

But drifting through deep space with a crew of nutty strangers on the DS Anarchy carries a lot more surprises than she bargained for. Nobody told her that her ship is falling apart, that dead chickens are something you really want to hang on to, and that the OSG has big plans for the universe that don't necessarily jibe with her plans for herself.

Jump onboard with Cass and her crew as she charts a course toward an alliance that will either make her or break her as Captain of the DS Anarchy.

I wish the narrator had spent a few minutes looking up how to pronounce German since there are many German words. Besides that, her narration was fun. The main character was a bit too quickly an expert at everything for someone so inexperienced.

Drifters' Alliance, Book 1
By: Elle Casey
Narrated by: Elizabeth Phillips
This is an interesting audible book about a 19 year old gal that wins a space ship in a card game. It is a fun read. She finds allies and enemies. It has good characters and fair plot. I might continue this series to see where it goes.
The narrator was good. I think she added to the story.

The story is just to short! need more! 😆 Buying book two as soon as I hit submit!

I enjoyed this story. The author pretty well nailed it if I remember being the age of the protagonist. The narrator did a good job but struggles with accents and a couple of mispronunciations. Somewhat immature in emphasis with phrasing rising at the end like questions and contractions childishly pronounced ("nent" instead of "dent") in shouldn't wouldn't couldn't, etcetera.

should have been tagged YA

There was too much teen angst. The narrator did very well with the material at hand.