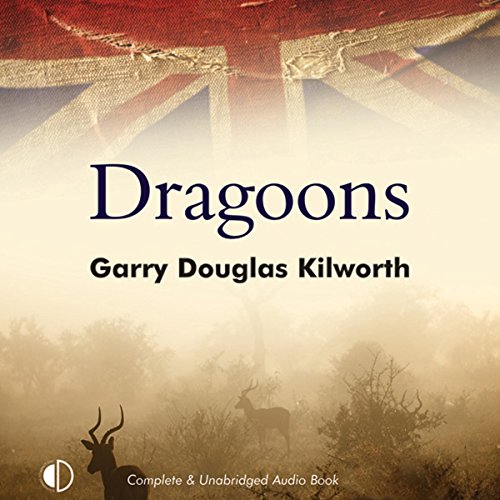 South Africa, May 1879. Ensign Sebastian Early of the 24th Foot is warming to his role as the Provost-Marshal in the British army encampment at Landman’s Drift. When an unidentified corpse turns up in camp after a reported hunting accident and is hurriedly buried, Sebastian quickly discovers that the man, a lieutenant, was in fact killed in an illegal duel, which means that his death should be treated as manslaughter, or even murder. However, his attempts to find the perpetrators are continually thwarted when the officer classes close ranks behind a gentleman’s code. As the army prepares to march on the Zulus, Sebastian must find a way to break through the wall of silence before the trail goes cold….

What listeners say about Dragoons

Great characters. well written and presented against the zulu war. Didnt want it to end!

This was an excellent story - the author is clearly an expert on the period and location depicted in the book and he is able to weave in those extra details that allow the reader to experience a taste of what the scenes would have felt like. He describes common maladies, attitudes and hang-ups with ease and uses them to take a very good detective story to the next level. Loved it! I plan on reading the first book in the series soon and will then anxiously await another installment with this set of characters.