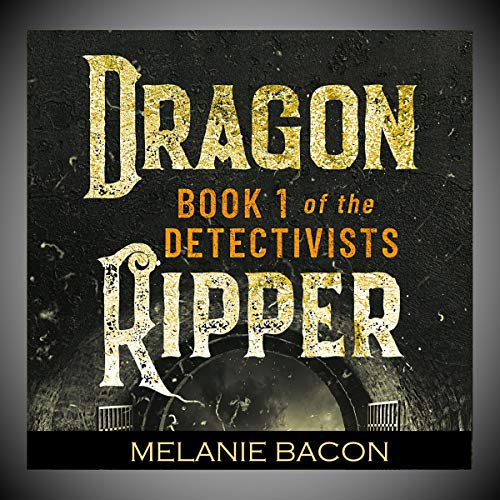 Astraia Holmes, sister of Sherlock, is baffled by a series of bizarre and brutal murders committed by a dragon-like assailant, and desperately wishing to impress her brother and solve the crimes, she teams up with a mysterious and brilliant young woman Madeleine Barquist.

Sherlock suspects an ancient malevolence at work, and he fears for Astraia's safety. The signs point to a Chinese dragon god cult known as the Ya Zi, a warrior society originally formed 2,000 years ago to assassinate enemies of the emperor.

Astraia is exultant to finally have a chance to use her own deduction skills, but Miss Barquist is fearful to meet the eye of Sherlock Holmes - for, unknown to both Astraia and Sherlock, she is the daughter of Jack the Ripper, and unknown to them all, a dark and powerful evil is preparing to strike at the heart of London.

What listeners say about Dragon Ripper