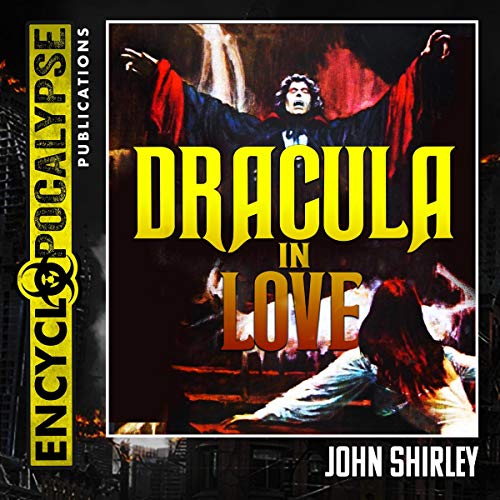 Although Dracula in Love was not published until after Transmaniacon - both in 1979 - it is the first novel John Shirley wrote. He started writing it about age 17 while living in Portland. Somewhat given to youthful excess, Dracula in Love is still a remarkable book and displays the unique and energetic imagination that marks all of Shirley's work.

The book's protagonist discovers (at age 33) he is the son of the being upon whom so many tales are based, but this creature is even more powerful and frightening than the myths have made him to be. Ignore the stereotypical shtick cover, Shirley's updated Dracula possesses (or is possessed by) a sexual organ with eyes and inhabited by its own predatory spirit as well as an appreciation of the contemporary submachine gun.

Publishers have attempted to fob the novel off as "romance" or "erotica", but William Gibson put it best when he said that Dracula in Love is "an amiably twisted psycho-sexual footnote to Bram Stoker".

What listeners say about Dracula in Love