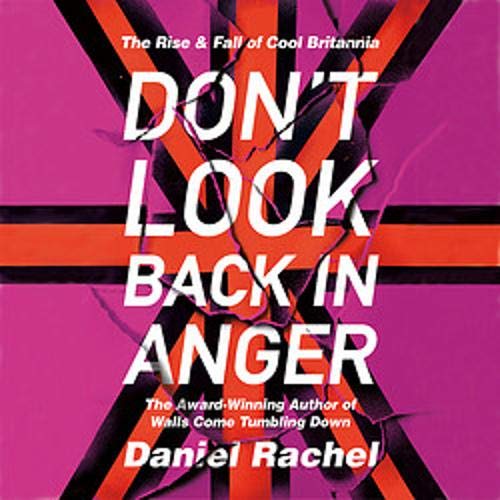 Don't Look Back in Anger

The '90s was the decade when British culture reclaimed its position at the artistic centre of the world. Not since the 'Swinging Sixties' had art, comedy, fashion, film, football, literature and music interwoven into a blooming of national self-confidence. It was the decade of Lad Culture and Girl Power, of Blur vs Oasis. When fashion runways shone with British talent, Young British Artists became household names, football was 'coming home' and British film went worldwide. From Old Labour's defeat in 1992 through to New Labour's historic landslide in 1997, Don't Look Back in Anger chronicles the Cool Britannia age when the country united through a resurgence of patriotism and a celebration of all things British.

But it was also an era of false promises and misplaced trust, when the weight of substance was based on the airlessness of branding, spin and the first stirrings of celebrity culture. A decade that started with hope then ended with the death of the 'people's princess' and 9/11 - an event that redefined a new world order.

Through 67 voices that epitomise the decade - including Tony Blair, John Major, Noel Gallagher, Damon Albarn, Tracey Emin, Keith Allen, Meera Syal, David Baddiel, Irvine Welsh and Steve Coogan - we relive the epic highs and crashing lows of one of the most eventful periods in British history. Today, in an age where identity dominates the national agenda, Don't Look Back in Anger is a necessary and compelling historical document.

What listeners say about Don't Look Back in Anger

Everyone came off as either deluded or liars

This is very much an oral history of Cool Britannia, so don’t expect too much critical analysis since the people interviewed clearly continue to have their own reasons for glossing over the more cynical aspects of the period. I’m not sure how to judge the audiobook, based on how the narrators interpreted the words of different interviewees, which ended up making the people sound very self-important for creating what sounded like a bunch of basic sketch comedy bits sold to a society crying out for something, anything, to latch on to and drag the country out of the doldrums. The whole ‘we were just reflecting what society wanted’ is such a worn trope by now that it’s hard not to roll my eyes every time it was trotted out, even when trying to keep everything in context, David Baddiel came off completely deluded, Perhaps the interviewees weren’t so earnest and were more self-aware, but you wouldn’t know it from this audiobook. The snippets of interview recordings didn’t really help. By the end, you’d think everyone interviewed were ‘the good guys’, and everything they did was "just a bit of fun" that also happened to change the world. Spare me. It did make me dislike absolutely everyone in the book, so perhaps that’s a bit of public service. Perhaps that was the intention of the author, to have everyone be absolute pillocks on the record and have that be the rebuke and criticism of the era, but I'm not sure that was worth listening to for 18 hours.

Impossible to listen to at length

I should have researched this book more carefully before I bought the Audible version. It is simply a series of quotations from a highly selective 60 or so people who lived through and contributed to Cool Britannia, loosely structured under chapter headings. There was no factual account or summation of the period, no analysis and no real sense of narrative. There was the germ of a good idea for a book. If it had been 5 -10% quotations and 90-95% narrative and analysis I might have enjoyed it. As it is, I found it hugely irritating. The choice of those contributing was in itself narrow - plenty of movers and shakers and plenty of "cool" Britons but no-one else. No outside perspective. No sense of what people who simply lived through the period felt or experienced. Very disappointing.