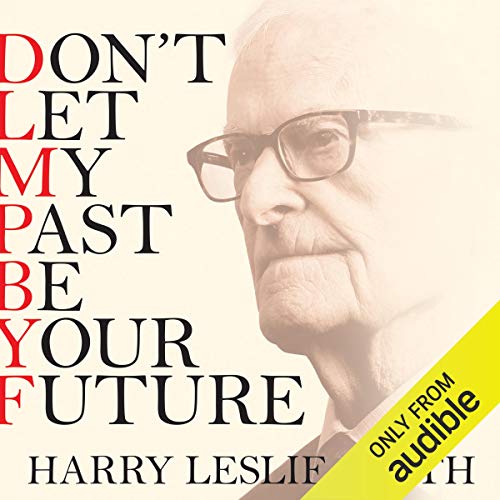 Don't Let My Past Be Your Future

Harry Leslie Smith is a great British stalwart. A survivor of the Great Depression, a Second World War veteran, a lifelong Labour supporter and a proud Yorkshire man, Harry's life has straddled two centuries. As a young man, he witnessed a country in crisis with no health care, no relief for the poor, and a huge economic gulf between the North and South. Now in his 90s, Harry wanders through the streets of his youth and wonders whether anything has actually changed.

Britain is at its most dangerous juncture since Harry's youth - the NHS and social housing are in crisis, whilst Brexit and an unpopular government continue to divide the country - but there is hope. Just as Clement Attlee provided hope in 1945, Labour's triumphant comeback of June 2017 is a beacon of light in this season of discontent.

Britain has overcome adversity before and will do so again - a new nation will be forged from the ashes of grave injustice.

Moving and passionate, Don't Let My Past Be Your Future interweaves memoir and polemic in a call to arms. Above all, this book is a homage to the boundless grace and resilience of the human spirit.

What listeners say about Don't Let My Past Be Your Future

This book is a very real reality check about today’s society. Very interesting listen would recommend anyone interested in politics today.

Everyone should read/listen to this book!

Brilliant, a fairer society is in reach. Anyone who believes in fairness and equality and in fact even those who do not must read this book. To those who don't believe in equality this book may change your outlook.

a powerful message for the young

What did you like most about Don't Let My Past Be Your Future?

it is a combination of balanced and accurate recollection with a passionate call to action for the younger generation to take an interest in the future of politics to prevent the re-emergence of fascism and demagoguery - if it's not already happening!

What was one of the most memorable moments of Don't Let My Past Be Your Future?

The screams of the sick resounding around the neighbourhood due to the denial of pain relief to terminal cancer sufferers on the grounds of inability to pay in the days before the NHS.

Have you listened to any of Ric Jerom’s other performances? How does this one compare?

I'm not as old as the author (57 as opposed to 94) but his recollections of the more recent past from the 70s onward match my own closely and for this reason i trust the integrity of his narrative, and also very much endorse his conclusions and urgent appeal for political engagement from the younger demographic sectors.

This is an angry book. Of course, that forces the question, is the anger justified, and the answer is yes, it is justified. The problem is that such anger easily overwhelms the message. Mr Smith has certainly lived through hard times and, rightfully, doesn't want others to experience his hardships. It is valuable and admirable that Mr Smith has written this book but the tone of the book will prevent his message being widely heard. Financial inequality is widespread; life is not fair; politicians are, for the most part, rubbish at fulfilling their responsibilities. Unfortunately, this is not the call to action Mr Smith was aiming for but it is quite a rant.