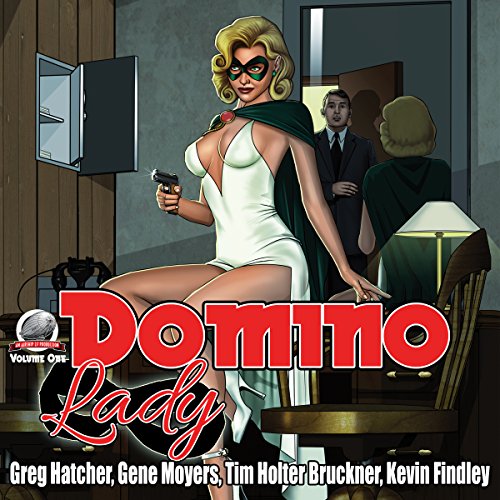 The Domino Lady first appeared in the pulps in 1936. After graduating from the Berkeley College in California, Ellen Patrick goes off to Europe on a joy-filled jaunt. Her trip is cut short when her widowed father, DA Owen Patrick, is murdered by gangsters. Upon her return home she learns the corrupt authorities have no intention of finding her father's killers. Thus she puts on a domino mask and a backless white dress to avenge him. Though arming herself with a small .22 automatic and a syringe full of knockout serum, the Domino Lady's most effective weapon was her sensual beauty, which often distracted her opponents until she could turn the tables on them.