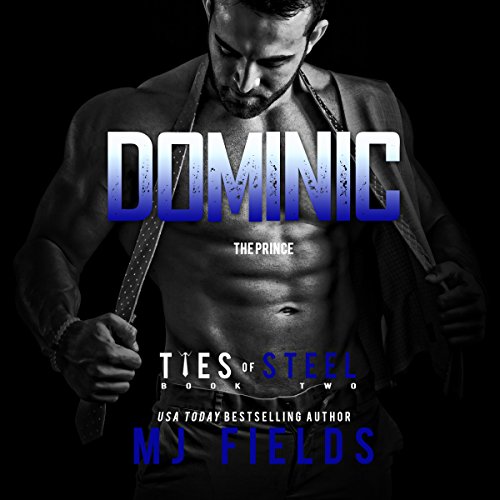 The Italian, seductive, quiet alpha, Dominic Segretti, is leaving Livorno, Italy, and headed for the Jersey Shore. His family's business is in danger of crumbling under the management of a man who grossly underestimated his investment in a business he grew up loving. Dominic has been quietly waiting for the right moment to bring Benito Deluca to his knees. He comes to the US armed with enough evidence to prove his case to Josephine Steel, his aunt; and his cousins, Cyrus, Jase, Zandor, and Xavier. The night before he plans to tell them of the corruption that could cause the demise of DeLuca Inc., he decides to take a night to destress. He plans a night of relaxation and enjoyment for himself at the Hilton Casino on the shore.

Delaney Johnson is starting over after a breakup and graduating college. She has landed the job of her dreams in NYC. Arrangements had been made to stay with her best friend, Nikki Bassett. Feeling that her luck has suddenly changed, she stops to play a few slots, just for fun. She finds herself winning big and gains an admirer. One hot night of uninhibited sex with a stranger takes her places she never knew she could go. Dominic sees something in her, something familiar, something undeniable. Will this one hot night turn into many, or will the Beast's plans crush any hope of them exploring their future?

What listeners say about Dominic

Would you consider the audio edition of Dominic to be better than the print version?

I think the audio adds life to the characters that you might not get otherwise.

I love each and every performance that they have done and each time is like listening for the first time it never gets old!!!

I did listen to this book in one sitting and it held my attention all the way through.

Dominic is a sassy romance with a pinch of corny.
I'm very impressed with Kai and Wen
in their ability to maintain the individual characters voices threw out the story.
Awesome book, awesome narration!

never knew what was really going on

It was a real struggle to keep up with the storyline... it seemed like some sections of the book jumped to completely different stories at times. The narrators accents seemed to be a bit more transylvania than Italy, that kind of distracted me from what was being read. It seemed like there was potential for a great story, however I think there was something that left me with a feeling of....dissatisfaction. not any one thing in particular, just an overall Meh feeling. I kinda had to force myself to finish only because I spent the money on the book.

I absolutely loved Dominic and I could have listened to him talk all day long in his sexy Italian accent. Sigh. Totally hot alpha male! Laney was a bit too whiny for my taste but the narrator did an excellent job portraying her. This was a very good story!

What might have been a good story was in my opinion wrecked by fake accents. I don't want to decode what I think was being said. If I read with my eyes it would not sound like this book.

Where does Dominic rank among all the audiobooks you’ve listened to so far?

Dominic has become one of my favorite audio books.

I loved Dominic and Laney. They had such beautiful chemistry together.

Yes, I have listened to almost all of Kai and Wen's performances and each one is better than the last. This book is one of my favorites. They are such amazing storytellers that I forgot it was only the two of them narrating. Kai and Wen have such an amazing range of voice overs and their accents are absolutely perfect no matter what story they tell.

This book was absolutely beautiful and made me cry happy tears.

I just love Ms. Field's books and can't wait for the next installment in the Ties of Steel series.

Loved the story, didn't care for the accents.

What made the experience of listening to Dominic the most enjoyable?

The fact that I'm able to listen at work.

The accents could have been better, it took a while to get into the story because they distracted me.

I love the Steel family, but the women all end up pregnant!!

There is a lot going on in this story so pay attention. Cousin to the Steel brother Dominic Segretti needs a break and stays at a Casino where he meets Delaney Johnson. These two have some off the charts chemistry.

Laney is just coming off a relationship that is no good for her. So when she meets Dominic they have this instant connection that just feels like something more. Almost like an understanding of sorts.

To tell you the truth I wasn't a fan of Laney’s for most of the book until things start to come together, why she is the way she is. Not only that but you get to see why they have this understanding between them it’s like there soles were in search of each other.

Yes Dominic was a bit of an alpha, and you want to slap the man for being dense but he’s only a man ladies, he isn't god. Lol
Although with a body like his he sure could be my god for a time.

Can we take a min and just say thank you Wen for your accent and Italian I mean hubba hubba. Not an audio-book you want to let slip through your fingers. Kai brings Laney to life, one of my most favorite audio listens. <3

I enjoyed this story. There was a lot of back and forth between Laney and Dominic but I enjoyed their connection and the journey they embarked on. Narration was fantastic.

Love Dominic and Laney. What a amazing hot couple. Love there story. Could not put this down. Read it in a day. Can't wait to read the next book. Love the narrators.

I’m starting off with my appreciation of the pure talent that is Kai Kennicott. Kai, you made me cry!! I “felt” the emotion in your performance. Excellent storyline, great characters and wonderful performances.