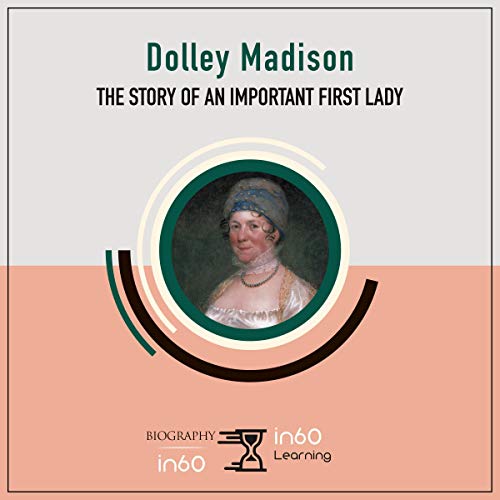 Dolley Madison (1768 to 1849) born Dolley Payne, was the fourth first lady of the United States and wife of James Madison, founding father and fourth president of the United States. Madison is now most famous for holding large Washington social functions to which members of both political parties where invited. Dolley Madison, essentially, helped create the concept of bipartisan cooperation and furthered the idea that both parties could socialize, debate, and negotiate with each other amicably and without descending into violence.

Dolley is also known for helping to furnish the newly constructed White House. Madison was born in 1768 in the Quaker settlement of New Garden, North Carolina. In 1769, Madison’s family moved from the settlement to Virginia, and she grew up at her parents' plantation. At 15, Dolley moved with her family to Philadelphia. Madison married her first husband, John Todd, a Quaker lawyer in 1790 and, together, they had two children. Three years later, a yellow fever epidemic broke out in Philadelphia, and John Todd as well as one of her sons died.

Dolley married James Madison, then the representative for Virginia in the US House of Representatives, in 1794, after a brief courtship. They had no children together. Dolley Madison died at the age of 81 in 1849, 13 years after her husband James Madison. It is reported that Dolley lived most of her widowhood in poverty, until her means were somewhat increased by the sale of her late husband's papers, at that point being very valuable.

What listeners say about Dolley Madison