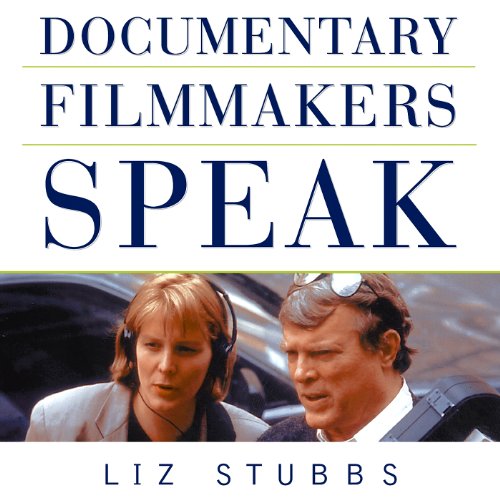 Storytelling in documentary film is a special talent, and in Liz Stubbs' Documentary Filmmakers Speak, admirers of the genre are treated to an inside look at what makes nonfiction film work. Terry Wilder deftly narrates interviews with a slew of documentary film's greatest names, including Albert Maysles, Susan Froemke, Ken Burns, and Barbara Kopple. Wilder adopts a straightforward reading style for these illuminating interviews, allowing the words of the directors to speak for themselves. Covering the specifics of the director's lives as well as their thoughts on the art, commerce, and technique behind filmmaking, Documentary Filmmakers Speak has plenty to teach novice filmmakers and fans alike.

Filmmakers, film students, documentary makers for film and television, and lovers of pop culture will hear, in the filmmakers’ own words, the challenges and triumphs faced in making documentaries. Firsthand knowledge is shared on such topics as how the documentary process differs from making fictional films, storytelling technique, ethical boundaries, funding, film festivals, and much more.

If you could sum up Documentary Filmmakers Speak in three words, what would they be?

It was a wonderful history of documentary filmmakers. I will probably listen to this one again.