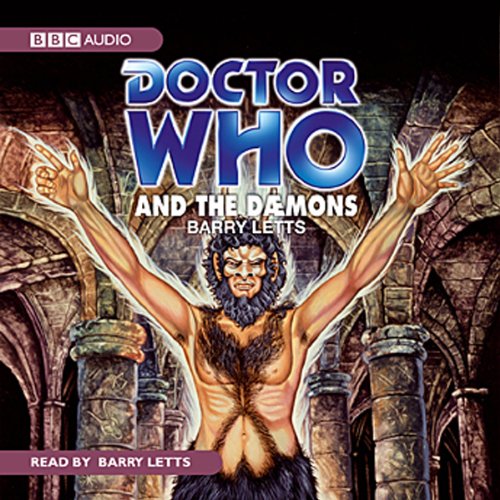 Doctor Who and the Daemons

Doctor Who and the Daemons

Here's another entry in our range of unabridged readings of classic Doctor Who novelisations, first published by Target Books in the 1970s and 1980s.

Doctor Who is strangely concerned about Professor Horner's plan to cut open an ancient barrow near the peaceful English village of Devil's End; equally worried is Miss Hawthorne, the local white witch, who foretells a terrible disaster if he goes ahead.

Determined that the Professor should is Mr Magister, the new vicar (in truth, the Master) whose secret ceremonies are designed to conjure up from out of the barrow a horribly powerful being from a far-off planet.

The Brigadier and Jo Grant assist Doctor Who in this exciting confrontation with the forces of black magic!

What listeners say about Doctor Who and the Daemons

Enjoyed the telling of this much loved tale but the inclusion of dramatic music is a bit over the top.