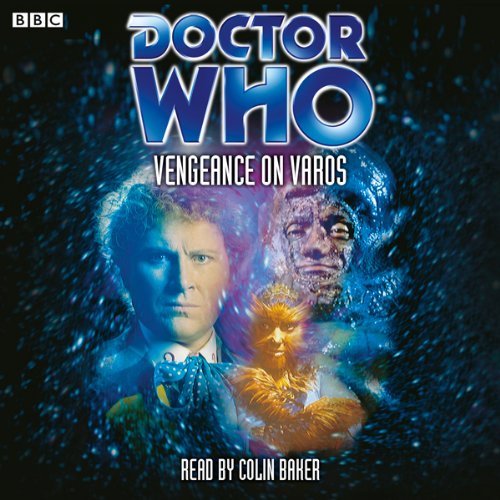 Doctor Who: Vengeance on Varos

Varos is a cruel world where the descendants of a prison planet are fed a diet of endless video nasties... where execution is spectacle and torture high entertainment.

The TARDIS is desperately short of Zeiton 7 ore to power its engines, and the Doctor and Peri know Varos is the only place they may find it. But soon they become involved in the deadly politics of the planet, and the machinations of the sinister Sil, a slug-like alien who wants the price of Zeiton 7 lowered, and the Doctor - along with the governor of Varos - out of the way for good. Fighting for the freedom of Varos and for the ore he needs to continue his journeys, the Doctor faces death many times - whilst being constantly filmed for the pleasures of the viewers at home.

Colin Baker reads this abridged version of Philip Martin's novelisation of the Doctor Who TV serial 'Vengeance on Varos'.

What listeners say about Doctor Who: Vengeance on Varos