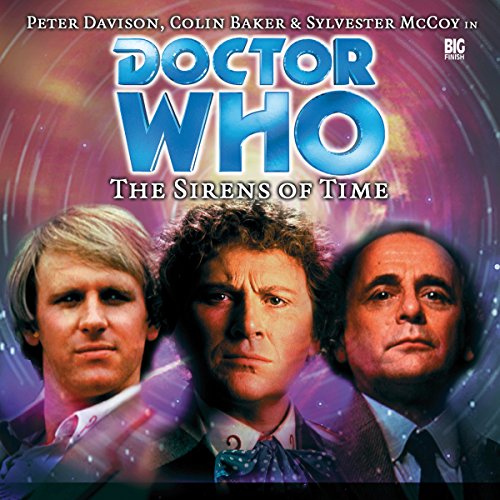 Doctor Who - The Sirens of Time

Gallifrey is in a state of crisis, facing destruction at the hands of an overwhelming enemy. And the Doctor is involved in three different incarnations - each caught up in a deadly adventure, scattered across time and space.

The web of time is threatened - and someone wants the Doctor dead. The three incarnations of the Doctor must join together to set time back on the right track - but in doing so, will they unleash a still greater threat?

Written and directed by Nicholas Briggs.

What listeners say about Doctor Who - The Sirens of Time

A classic Doctor Who adventure with three fantastic Doctors and a brilliant cast. Gets the audio Adventures off to a flying start!