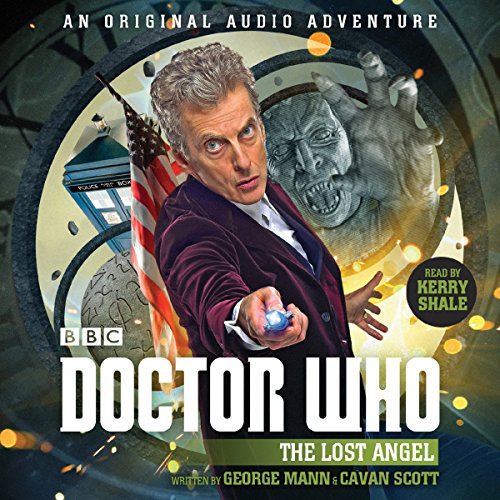 Doctor Who: The Lost Angel

Kerry Shale reads an exciting original story featuring the 12th Doctor, as played on TV by Peter Capaldi, in an adventure with the Weeping Angels.

All Alex Yow wants is to become a photojournalist and break her first story. All Brandon Yow wants is for his sister to keep out of trouble and come home. But that's not going to happen, because Alex has taken a picture of a statue. A statue that can move.

In upstate New York, the Doctor is chasing weird energies that should not exist. Teaming up with Alex and Brandon, he discovers a powerful force enslaved to another's will. Who controls the lonely assassin that prowls the streets? What secrets are the residents of Rickman hiding? And will Alex and Brandon survive the night of the Weeping Angels?

Kerry Shale, who played Dr Renfrew in the TV story 'Day of the Moon', reads this action-packed original audiobook by George Mann and Cavan Scott, based on the hit BBC TV series. Duration: 1 hour 10 minutes approx.

What listeners say about Doctor Who: The Lost Angel

overall a good story , like an episode. hopefully part 2 comes soon since it leads to it.

This story was alright, but the more the Weeping Angels appears the less terrifying they are. The narrator’s accent was also a bit grating and distracting from the story.

Whovians should listen to this book.

Worth listening to while sleeping and the narrators are excellent. What happens when an angel goes missing listen here and find out.

What disappointed you about Doctor Who: The Lost Angel?

The story isn't compelling and the doctor is narrated in a very odd fashion, he sounds like Robbie Coltrane, playing Hagrid, who is playing the doctor, with a twist of Jimmy Cranky thrown in for good measure.

A better narrator would have helped to lift the story.

What character would you cut from Doctor Who: The Lost Angel?

This is a wonderful audio book that carry's on the 12th\13th Doctor's adventures and written by a great writer George Mann and Cavan Scott.