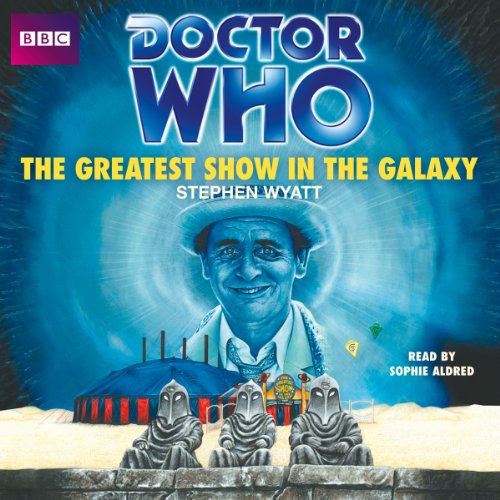 Doctor Who: The Greatest Show in the Galaxy (7th Doctor)

Creepy. That's what Ace thinks of clowns. But the Doctor insists on entering the talent contest at the Psychic Circus, the self-proclaimed Greatest Show in the Galaxy, on the planet Segonax.

What has reduced Segonax to an arid wasteland? Why have the happy-go-lucky circus folk stayed here so long? And why are they no longer happy? Above all, what is the dreadful truth about the 'talent contests' run by the sinister Ringmaster and his robot clowns?

The Doctor and Ace need all their death-defying skills in the big top to uncover a brooding, ancient evil that has broken the spirit of the Circus and demanded the sacrifice of so many lives.

What listeners say about Doctor Who: The Greatest Show in the Galaxy (7th Doctor)