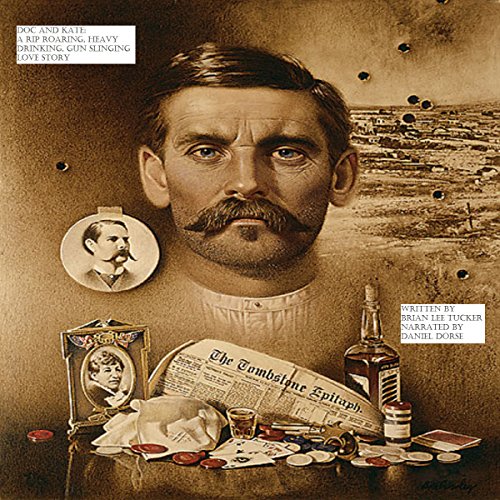 Katie Elder was more, much more, than the title character in John Wayne's 1965 western, The Sons of Katie Elder. She was more than the portrayal by Faye Dunaway in the 1971 film, Doc." Katie Elder was a real person, whose background was perhaps more plaid than checkered. Some historians of the Old West believe she was Mrs. Doc Holliday, and some don't. Either way, she was quite a bit more than the "plainswoman" that revisionist history books call her. Katie herself never denied that she was a rip-roarin', hard-drinkin', gun-slingin' prostitute. In this book, author Brian Lee Tucker places a whole new and refreshing spin on the legend of Doc and Kate.

What listeners say about Doc and Kate

I absolutely loved this book

I absolutely loved this unique slant of this tale.
A different view of Doc Holliday and Kate.
Beautiful piece of fiction. .
Narration of this audiobook is superb.
So pleased I found the time to listen to this book.
I received a free copy of this audio book at my request and voluntarily leave this honest review..