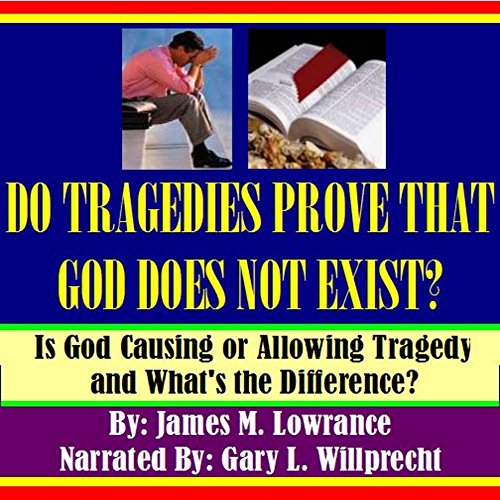 Do Tragedies Prove That God Does Not Exist?

Over the years, I have observed the different trends that occur among people who are non-believers in God and also among those who are believers but who for some reason, have become angry with the God they have previously embraced. The latter group I mention, were not "on the edge believers" either but rather full-fledged people of faith in God and usually of Christian belief as I am (in my country of America, 75% of the population claims Christianity). One of these trends that is very common among non-believers, who even claim that this aspect of life that I will mention is their very reason for not believing in God, is the same reason why some believers are angry at God. It has to do with tragedies they witness or experience in life. You can hear them making comments to the effect of: "How could God allow such tragedies and atrocities to occur in this world, when the Bible says he is a loving God?"

Many answers to these questions are given in this audiobook, through discussion of what the scriptures actually have to say regarding this difficult subject!

What listeners say about Do Tragedies Prove That God Does Not Exist?