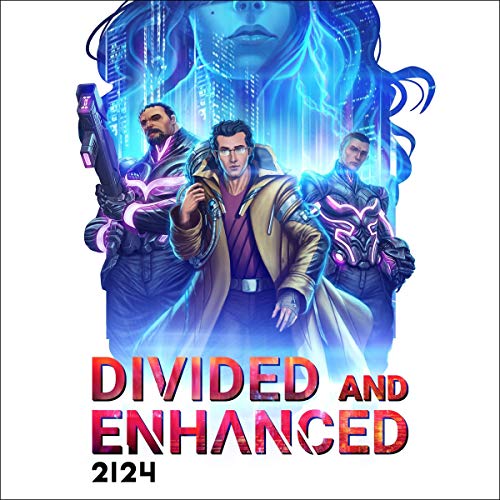 It's been 70 years since the first Artificial Intelligence (AI) War. During that time mankind's greatest programming - the AI - multiplied themselves on the internet and on any server they could find. They were able to modify and enhance their abilities far beyond human comprehension. Modern-day AI are capable of thinking on their own, making decisions, and can even feel emotion. These advanced programs are used in many different ways - in the medical field to make drastic advances in medicine and genetic alterations, as assistants or for companionship. There are even AI that serve in high rank positions of mankind's society.

One of these higher-ranking AI is in charge of a secret, special ops unit in the United States Army. Monty is her name and her commands must be obeyed without question. Dunstan is a human soldier under Monty's command, and he and his team are about to go on a recon mission on foreign soil. The mission goes horribly sideways and under the best of circumstances would be a catastrophic failure; however Dunstan and his team are far from normal.

What listeners say about Divided and Enhanced 2124

The narration on this book is one of the best I have listened too. Looking for more book’s narrated by Dave Alexander.

I love this story! I already read it, but hearing it this time brought the cavalcade of characters to life again in a new way. Full of suspense, intrigue, and themes that resonate long after "the end". This is a must-have!

This was an entertaining story. There are action, humor, and a few plot twists. It's a colorful universe that relaxes the reader. It's not a puzzling story and it's easy to follow. I can imagine this book to be produced as an animation series. I initially expected the book to be very dark and complex. I expected a super thrilling story, however, it provided me a relaxing experience and joy which I entertained in my stressful times. If someone wishes to forget about daily matters, the book is really helpful. Of course, there is some violence, but they're balanced out with other joyful characters and events. In the beginning, the reader needs to pick up some information to understand the setting of the world, From chapter two the story picks up very well and becomes very engaging. There are characters we can easily relate to and understand. The characters might have been more complex but they're distinct with no contradictions. So that has my support. I had no question in my mind while listening to the story. Also, the narration really helped me to visualize the characters much better. The narrator made great impressions with his tone for each character. Perhaps it's my personal preference to see more twists in stories, but the writer reveals a few cards in the right moments. I liked that strategy because whenever I assumed the story has become predictable, I encountered a few twists. I hope I get to see more of that in the second book. I really liked how entertaining the ending was. I think that was one of the strong points of the story since some stories don't provide promising endings. It created anticipation of curiosity. It kinda reminded me of the Star Wars saga.