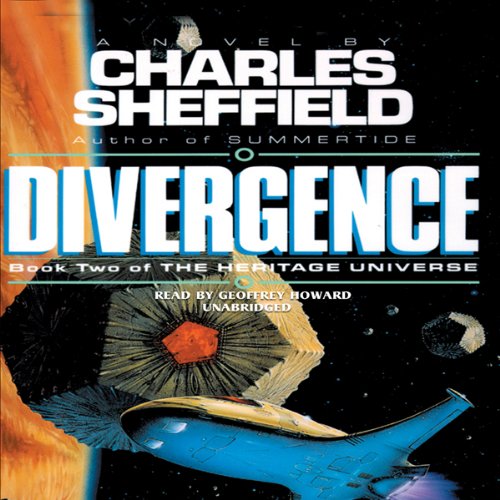 For millennia, humankind and the other intelligent races have studied the bizarre and unfathomable constructs of the legendary beings known as the Builders. But for all that study, they are still no closer to figuring out who - or what - the Builders have been, or where they have gone. Then, on the world called Quake, in the midst of the violent planetary upheaval that is Summertide, a small group of humans and aliens witness the culmination of all those years of watching and waiting: the planet Quake opens up, and something comes out - and it looks as if, at long last, the discovery of the Builders themselves is at hand.

All her life, Darya Lang has dreamed of finding the Builders, whose artifacts she has single-handedly cataloged for the rest of the universe. Troubleshooter and adventurer Hans Rebka has his own dreams of unraveling the mystery of those artifacts. To Louis Nenda and the Cecropian Atvar H'sial, the Builder artifacts represent a once-in-a-lifetime shot at untold wealth. And close behind them come the others: Councilor Julius Graves, who does not trust anyone else to make first contact unassisted; the slaves J'merlia and Kallik, who crave only a reunion with their masters; and the embodied computer E.C. Tally, charged with finding out just what the rest are up to.

The trail that begins at Quake leads to unexpected Builder artifacts full of traps for the unwary and answers for those who know how to ask the questions. But the biggest question of all will remain an enigma, while their search unleashes the greatest threat to civilization ever imagined...

What listeners say about Divergence

This is the second volume of a 4 part series. The first hour is a recap of the major plot points of the first novel. I enjoyed the essays on the various intelligent species of the galaxy. The plot is farfetched but the use of science, particularly physics, and biology is fascinating.
I listened to Summertide the first book in the series and really enjoyed it. This one was good but not quite as believable. Overall a pleasant way to spend 9+ hours.
I look forward to hearing Transcendence: Book 3 of The Heritage Universe and then Convergence (the whole series is available from Audible).

As I said in a previous review, Charles Sheffield wrote HARD sci-fi (His passing is a loss for the Science Fiction Community). His worlds and aliens are detailed and different. He didn't simply take common events and give them strange names, or swap guns for "Lasers". His Characters and planets have depth and detail.

He also sticks to the laws of physics, and when he DOES breaks those laws, it's with explanations about why it may be broken in this case.

Being an Engineer, I like that in a good Sci-fi story. Sheffield was also VERY in touch with human nature, and didn't shy away from controversial topics.

Again, Each book in this series is better than the last, and the narration is VERY well done. I also like the occasional paraphrases from some of Heinlein's Works.

Better even than book 1

I like this second book in the series even more than the first book (Summertide). I liked them both, but this one for me had more interesting things going on, and the character development in this one seemed more involving. The narrator for this series does a good job in my opinion especially for Lewis Nenda, and you get much more development of that character in this book.

It sounds like it is read by a machine and thus was very difficult to get into. This is a shame becuase it is an intersting story. Also there was nothing in the description to indicate that it is the second of four books - if I had known that I probably would not have purchased it.

This book is for those who like science in their science fiction. The book contains a cornumcopia of plausible ideas about what might be.

The series is an entertaining adventure built around interesting speculative alien technology. More subtle than pulp military stories, but clearly humans will always come out ahead despite overwhelming disparities in technology and knowledge. Fun and plausible imagining of different intelligence species.

The pleasure of this book is in the world building. The amount of detail that went into crafting each alien species, their home world, culture, appearance, etc. is truly breathtaking. Throughout the book, there are encyclopedia-style journal entries about the varies races. While interesting to a certain degree, they’re also a bit overwhelming, with more information than a reader can realistically be expected to remember. There are even entries about species not included in the story… just for fun?

What isn’t fun is the story itself. The characters are flat and boring. With a few exceptions, they all act like robots. There is only one “embodied computer,” but the dialogue is so stiff and formal you’d think they were all androids. Everyone is very logical with full and proper reasoning behind all their actions (which they explain in excruciating detail to each other). Somebody save me! Maybe fictitious aliens talk like that, but humans don’t. Only Lewis Nenda (spelling? I listened on Audible) has any real personality. Everyone else feels like a clone of the embodied computer, E. C. Tally (sp?).

Similarly painful is the plot. The basic arch is utterly derivative of 2001: A Space Odyssey, and the original Star Trek movie. A crew of unlikely companions is on the search for the Builders: the ancient race that predates all others and has ceded the universe with artifacts. So, naturally, they embark on a quest to find the Builders and question them.

Sure, it’s been done before, but you can always put a fresh, new, interesting spin on things, right? Wrong. After all the exhaustive world building, the plot devolves into an intergalactic battle royale. Even the utterly ridiculous set up wouldn’t have been so bad if not for the insipid logic behind it.

As explained in the story, the Builders are millions of years old. After struggling with the singularly difficult question as to the long-term future of the universe, the Builders decide they need fresh blood: a different perspective in order to provide new insights. However, rather than incorporate the uniqueness of all species, the genius Builders decide to make all the other aliens fight to the death until only one survives.

Anyone else see any glaring logical flaws in this plan (which, by the way, took the Builders millennium to come up with)? Hmm, for starters, why would you limit yourselves to input from just one species? As the saying goes, wisdom comes in many forms. More aliens = more chances of finding an answer. There are some lame excuses offered about the Builder’s “unique” logic but none of it passes muster.

Second, a death match… really? Just because one species can kill the others, doesn’t mean it has the best insights to help you solve “The Problem.” Maybe if there were tools and science involved, but this is just a bunch of aliens in on an empty space station… and, fight! Dumb, dumb, dumb.

There are other plot holes as well, like how a species of geniuses devolved into morons by thinking too much. Oh, and all of the Builder “science” is so over-the-top ridiculous it might as well be fantasy. At least try to give us a semi-plausible explanation for disappearing floors, gravity wells far in excess of mass, every alien race breathing the same air, and traveling 30,000 light years in the blink of an eye. Don’t get me started on the swirling vortex that sucks people down into an intergalactic portal. Call it what it is, a giant space toilet.

I completely enjoyed this book. loads of fun and perfect balance of action and exploration.
I'll certainly look for more by his author.

I Love This Universe

The characters and aliens and wonders in these books are both fanciful and believable, and lead you from scene to scene in fascination and anticipation. One of my favorite series.