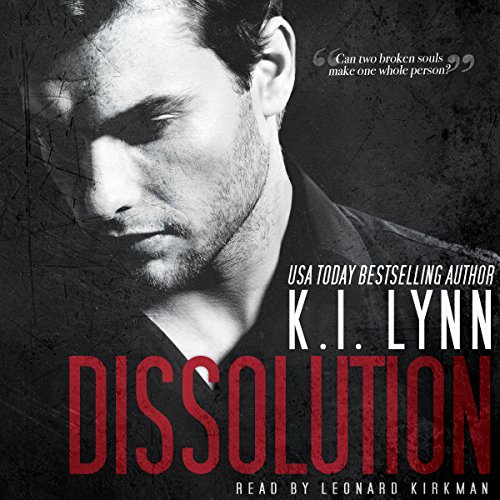 He wanted her to leave him, but, in the end, he was forced to do it. Separating himself from Lila puts Nathan in a level of hell he never knew existed. The journey is a spiraling descent where the beast inside is released and havoc reigns in the arena of self-destruction. But what is he to do? It was for the best, after all.

The last three chapters of Breach from Nathan's point of view.

What listeners say about Dissolution

I really liked this. I listened to this kind of at the same time as the last 3 chapters of Breach so I could see the scenes from Nathan's side. It was really good to get into his head for a little bit and I liked how his pain from his past and Lila was shown. I recommend this if you have read Breach. The narrator also did a really good job. My first listen from him but would be willing to listen to more.

wish it was longer

I love Nate's point of view I just wish there was more of it. Not the whole first book but the beginning attraction and until Delilah is out of the hospital.

love it! i can't wait to read the rest of them. a must read book!

This book is a recap of book 1, but from Nathan's point of view. The narrator read really fast & the book was over almost before it began.

Writing, plot and narrator good! Endings of Box 1 and Box 1.5 kept me hanging...couldn't wait for the next Audible Book 2 & 3, so I downloaded those to my Kindle!

This audiobook was provided by the author, narrator, or publisher at no cost in exchange for an unbiased review courtesy of Audiobook Blast.

I love this audiobook series. This is a short book from the point of view of Nathan, following his break up with Lila up until her accident. He is so broken, he has difficulty seeing things from any other point of view but his own and it causes himself dispair and Lila more heartache than she can bear. It is interesting hearing it from him, and it was a great listen. Leonard Kirkman is an awesome narrator, fits Nathan perfectly, and I can't wait for book 2 to come out.