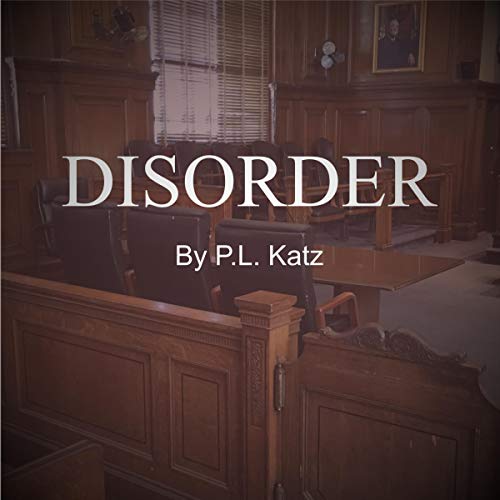 When Pierre, a troubled veteran, discovers that his girlfriend Ellen is an expensive call girl, it’s easy to understand the need to protect what belongs to him. Pierre’s been to war and back and lost brothers fighting wars against an unknown enemy. To discover that the very people Ellen services are profiting off the backs of other soldiers and students like him for their own gain while threatening Ellen’s life was all it took to throw Pierre over the edge. Planning the perfect murder quickly becomes something bigger and eviler than he could have ever imagined with so much more at stake than just Ellen’s reputation.

As the dominoes fall, the untold story of the agents, officers, and lawyers behind the scenes unfold within the narration of Disorder, the debut story by author P.L. Katz. From getting to know the charismatic lawyers Claudius Sisken and Simon Vogel to seeing how the prosecution works the smallest angles in trying to discover the evidence needed to solve the murder of a notorious businessman and US Senator, Disorder will keep you hooked and give you insight to the workings of a murder trial in a spellbinding way that will make you question everything.

What listeners say about Disorder: A Novel

A must read! Suspenseful and enlightening courtroom drama.

This is an important book for everyone because it brings to light the injustice of the student loan system in the US and the political and economic forces that maintain it. Even though it’s not my usual genre, I found the plot gripping and the characters engaging right to the end when the final outcome is revealed. Highly recommended.

I read the book and gave it a detailed 5 star review as were the other reviews. It will provide you with entertainment as well as a good understanding of the evils of the Student Loan Program.