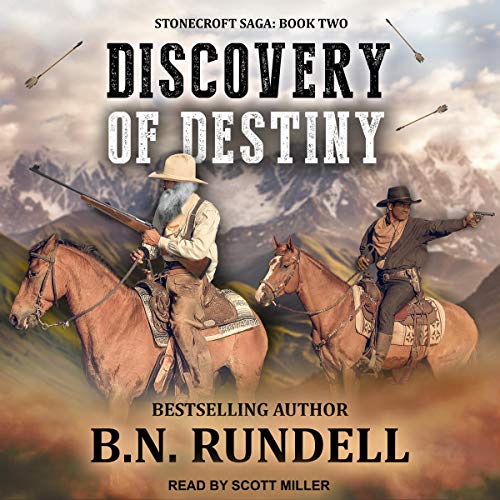 The author of the best-selling Buckskin Chronicles takes us on an epic journey in book two of the Stonecroft Saga.

Two friends committed to one another and their destiny of exploring the wilderness known as French Louisiana. A land that would soon become the Louisiana Purchase and a part of the growing nation of the United Colonies. But another man, wealthy, influential, and vindictive, is determined to see Gabriel Stonecroft pay the ultimate price for the death of his son, a ne'er-do-well troublemaker who surrendered his life in a duel with Stonecroft. After a perilous journey down the Ohio River aboard a flatboat, the two friends now set out to explore the West. But local toughs in the young town of New Madrid pick a fight and earn nothing but wounds and a grudge, a grudge that will be nursed by bounty hunters that seek to collect the sizable reward offered for the head of this young would-be explorer.

But when they find a runaway captive of the Pawnee and fight alongside the Osage Warriors, the most feared fighters in the new land, the plans of the two friends take a drastic detour. Landlocked pirates team up with bounty hunters and renegade Indians to do their best to permanently change the plans of the two adventuresome friends. And when women enter the picture, everything changes.

What listeners say about Discovery of Destiny